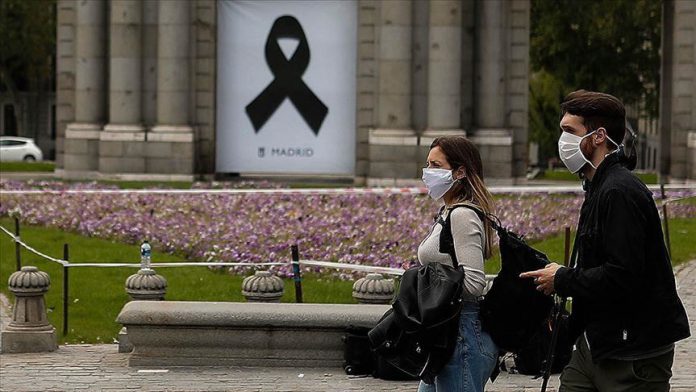 With 331 more deaths reported on Monday, slightly up from Sunday, the total number of confirmed COVID-19 deaths in Spain has reached 23,521.

Sunday was the first day children were allowed to go outside after six weeks of confinement. Images from cities like Barcelona and Valencia showed large crowds of parents and children disregarding social distancing measures, but government officials said there were no major problems.

On Sunday night, healthcare workers across the country launched a virtual protest about their working conditions. More than 100,000 tweets were counted on Twitter. Hashtags like NeitherHerosNorMartyrs rapidly became trending topics.

“We’ve always been treated poorly, but what’s happening now has no name. I’m fed up with working in conditions that put my life and the lives of my family at risk. I demand protective equipment, tests and coordination,” wrote Dr. Rocio Villar Sanchez, a primary care doctor in Madrid.

Spain has the highest rate of infected healthcare workers in the world, according to a report published last week by the European Centre for Disease Prevention and Control (ECDC).

“I’m sick of working without resources or respect. Of not seeing my family because I’m afraid of infecting them. I demand dignified and safe conditions,” tweeted Dr. Elena Casado Pineda, an anesthesiologist in Valencia, as part of a social media avalanche.

“I had to pay for my FFP2 protective mask with money from my own pocket. I asked twice to get a PCR test and was denied. Finally, I got it and tested positive for COVID-19,” wrote Dr. Antonio Calles, an oncologist in Madrid.

According to the Spanish Medical Colleges Organization, 36 doctors have died from COVID-19 so far.