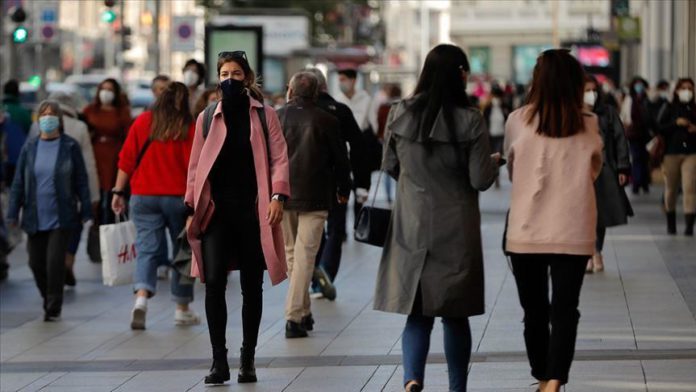 Until yesterday, the country had not seen beyond 300 daily deaths since late April.

Infections and hospitalizations on Friday remained high but stable, which could be the result of the more restrictive measures that came with the state of emergency declared 12 days ago.

Now, all of the regions in the north of Spain, Murcia and Spain’s Moroccan enclaves have moved to close or limit bars and restaurants. Throughout the country, except for the Canary Islands, there is a curfew that begins between 10 PM and midnight.

Over the last two weeks, the Health Ministry has confirmed 247,000 new infections.

The second wave has not spared Spain’s nursing homes. According to data compiled by Spanish broadcaster SER on Friday, over the last week at least 477 residents of these centers have died – up 42% from the previous week.

One nursing home in the Catalan town of Falset has reported 40 deaths from an outbreak that was first detected in September.

The small region of Asturias, which has seen record numbers of deaths this week, detected 40 outbreaks in different nursing homes between October 27 and November 2.

The region of La Rioja, which already has around half of its intensive care units full of COVID-19 patients, saw the number of active infections in nursing homes double on Friday compared to Thursday.

A recent study conducted by the government of Madrid, which has managed to stabilize hospitalizations and infections in recent weeks, suggests that around 53% of residents in Madrid nursing homes and other care centers have antibodies that indicate the previous infection.

More than a quarter of all Madrid nursing homes are considered highly immune to the disease, with between 70-100% of residents testing positive for antibodies.

In total, at least 38,833 people have died in Spain from COVID-19, many of whom lived in nursing homes.