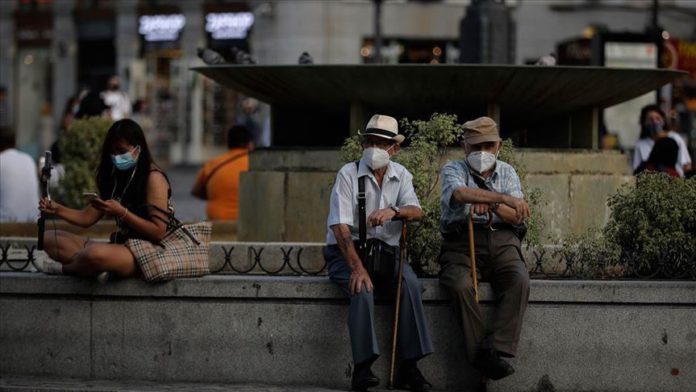 The level of new infections remains high but steady. In the last month alone, the country has reported nearly 318,000 new cases, bringing the total to above 860,000.

Last Friday, the country reported 11,325 cases, and two weeks ago the number was at 12,272. Yet three weeks ago, the country broke its previous daily record with nearly 14,400 cases.

The growth of new infections varies significantly in each Spanish region. This week, Madrid reported a sharp drop in cases, whereas Catalonia and Andalusia have broken records for the most daily infections since the second wave began this week.

Yet reporting delays and the use of rapid antigen tests for diagnoses, which are not included in the data, could be contributing to the apparent plateau of new infections.

Deaths, on the other hand, are showing a steady rise. Over the last week, almost 1,000 people have been confirmed to have died from COVID-19 in Spain.

According to Johns Hopkins University, Spain now has the fourth-highest COVID-19 deaths per capita in the world. In real numbers, with 32,929 confirmed fatalities, it recently surpassed France to have the world’s eighth-largest death toll.

Since June, the country has legally struggled with putting effective measures in place.

On Friday, the central government declared a state of emergency in Madrid to limit movement this long National Day weekend and prevent the virus from spreading from one of Europe’s worst-hit cities.

A court had previously struck down measures that enforced the same limitations.

On Friday, a court in Aragon, another badly affected area, also struck down measures to limit the maximum capacity in bars and restaurants.

Even in most confined areas like Madrid, bars, restaurants, gyms, and schools remain open.

17 militants killed in Kashmir in January 2020