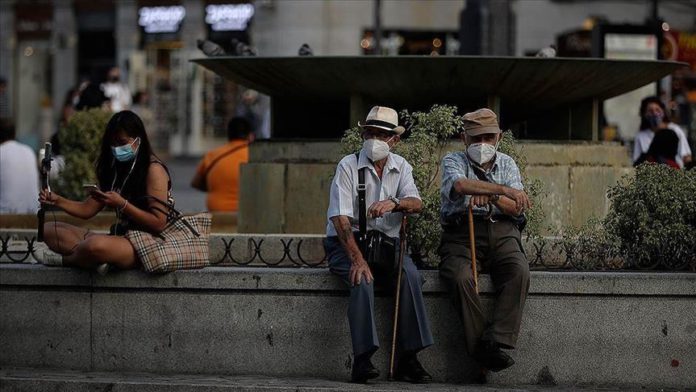 Spain’s second coronavirus wave is becoming increasingly lethal with the Health Ministry reporting 241 more deaths on Tuesday — the highest daily jump since May.

Meanwhile, new contagions show no sign of slowing down. The number of infections jumped by nearly 10,800 on Tuesday. In just the last two weeks, more than 135,000 people have tested positive for the infectious disease.

Although authorities urge residents to reduce their exposure to the virus, superspreader events are still occurring.

In a small town near Barcelona, a choir rehearsal is thought to be the source of a significant new outbreak.

A video of the rehearsal shows at least 22 people practicing a rendition of a gospel song in an indoor venue, with many of the singers not wearing masks.

Of the choir’s 36 members, 27 tested positive, and many of those who were not infected did not attend the rehearsal.

Meanwhile on Tuesday, Vice-President of Madrid Ignacio Aguado told journalists that the city’s metro is safe despite crowded conditions, particularly around the worst-hit areas of the city.

He announced that the metro would install hand sanitizer stations in half of the metro stops and insisted that the probability of catching the virus in public transport “is less than 1%.”

Although certain neighborhoods of Madrid have been isolated, schools, indoor bars and restaurants remain open, as well as theaters and concert halls.

Spain’s Health Minister Salvador Illa on Tuesday asked everyone in Madrid to limit their movement and close contacts as much as possible.

Out of every 100,000 people in Madrid, 772 have been infected in the last two weeks. That’s more than 2.5 times higher than the national average.

More than one-quarter of all Madrid’s hospital beds and one-third of all intensive care units (ICUs) are now occupied by COVID-19 patients.