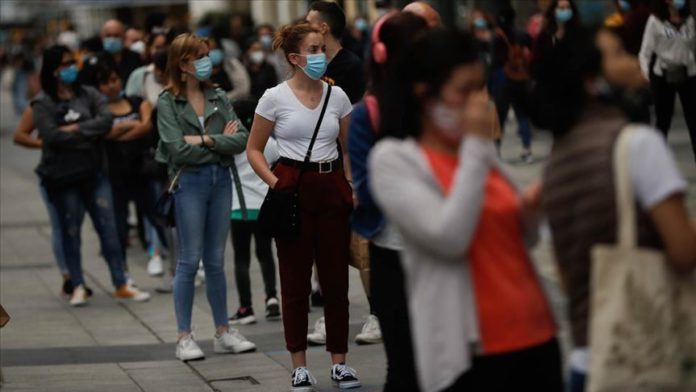 The tally of nationwide cases has reached 244,328.

More than half of the new cases were in Madrid.

Spain’s capital has been the hardest hit in the country in terms of deaths and infections. More than 42,000 people have been hospitalized for the disease in the region and over 8,600 people have lost their lives.

Over the last two weeks, Madrid also had the highest new infections per capita in the entire country — 21.43 cases per every 100,000 residents. That is twice as high as the national average.

The Spanish regions of Asturias, Galicia, the Canary Islands and Murcia all have seen less than two infections per 100,000 people over the last two weeks.

Inter-regional travel in Spain is forbidden except for essential or exceptional reasons. Each region is also at a different phase of re-opening, with Madrid and Barcelona behind most of the rest of the country.

However, beginning on June 21, restrictions on internal movement are set to come to an end when the state of alarm expires.

Still, some regional leaders are questioning whether or not residents from communities with active outbreaks should be allowed to move freely this summer.

Adrian Barbon, president of Asturias, said in a press conference this week that he was “worried” about the added risk that will come with tourists from worse-affected areas.

“With more mobility, there will be more outbreaks,” he said.

On June 21, Spain will also open its borders to other European Union countries. Whether or not people from the UK will be allowed in without a mandatory quarantine remains unclear.

In total, Spain’s Health Ministry continues to report a total of 27,136 deaths from COVID-19. That number has been frozen for more than a week and is expected to be updated soon.