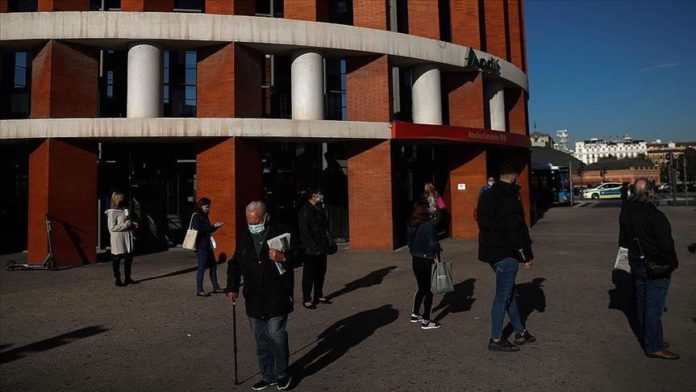 The Health Ministry confirmed that 3,334 people lost their lives to the infectious disease since Sept 1.

Nearly 12,000 new infections were confirmed since Monday, although authorities suspect cases in Madrid are not capturing the full picture.

Spain’s chief epidemiologist, Fernando Simon, said at a news conference Monday that the capital region has been using antigen tests to diagnose new cases, which are not counted in the official total and there have been increasing delays in reporting.

The tension remains high between the progressive central government and Madrid’s conservative leaders, with Madrid Premier Isabel Ayuso tweeting Tuesday “when the data was positive in July, it was suspicious. When numbers got worse, they were credible, but not anymore now that they are beginning to improve. Instead of being responsible they opt for a message of fear against Madrid.”

Elsewhere in Spain, the southern region of Andalusia reported its highest number of cases during the second wave Tuesday with nearly 1,800 daily cases.

In Valencia, at least 131 university students tested positive after a massive party in a student’s residence, which authorities are now investigating. The university, with around 25,000 students, has had to temporarily switch to online education.

In Catalonia, an outbreak at a poultry company with more than 230 infections has led three towns in Tarragona to announce stricter measures and officials have asked residents to stay home.