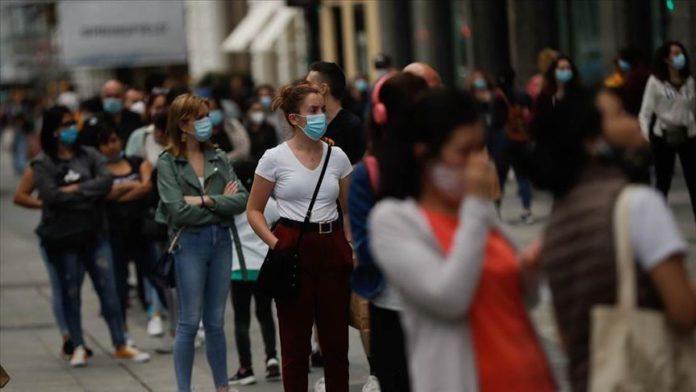 The COVID-19 outbreak in Spain’s northeastern region of Lleida became increasingly worrying on Tuesday, as local authorities set up a makeshift hospital and called on volunteer doctors to help out in the area.

Segria, the Catalan county containing Lleida, was placed under quarantine on Saturday.

No one is allowed to leave or enter the area unless for justifiable purposes. While some restrictions are in place for residents, full stay at home orders have not been issued, although authorities on Tuesday said they were considering a strict lockdown.

The Catalan health minister confirmed 83 new cases in the area on Tuesday, bringing the total number of cases to more than 500 in the past week in a population of around 200,000.

“We haven’t had time to recover. It’s like we’ve just finished running a marathon and now they say we have to run 42 kilometers (26 miles) more,” Jose Luis Morales, the doctor who heads the COVID-19 wing of the local Vilanova hospital, told Spanish broadcaster La Sexta.

Doctors at the hospital also told La Sexta that “almost every patient” who is suspected to have coronavirus in Lleida is now testing positive for COVID-19 and that “half of the people currently in the intensive care unit with COVID-19 are young people, around 40 years old.”

On Monday night, Spain’s chief epidemiologist Fernando Simon called the situation “worrying” at a news conference and said he “would have liked to have seen” the region confined earlier.

When Spain’s state of emergency ended on June 21, the power shifted from the central to regional governments to make public health decisions.

“We made the decision when it was the right time. I’m surprised that the government would say that we were late. It would be comical if the situation weren’t so serious,” said Meritxell Budó, spokesperson of the separatist Catalan government, in a news conference on Tuesday.

Meanwhile on Tuesday, Catalan Health Minister Alba Verges announced the region was studying making masks mandatory in nearly every situation — not only when 1.5 meters (4.9 feet) of distance cannot be maintained.

Nationwide, cases increased by 341 on Tuesday, bringing the total number of confirmed cases to 252,130. The weekly number of cases throughout Spain also inched up to 2,417 — the highest number since June 2.

Four more deaths were also reported, bringing the total number of COVID-19 fatalities in the country to 28,392.