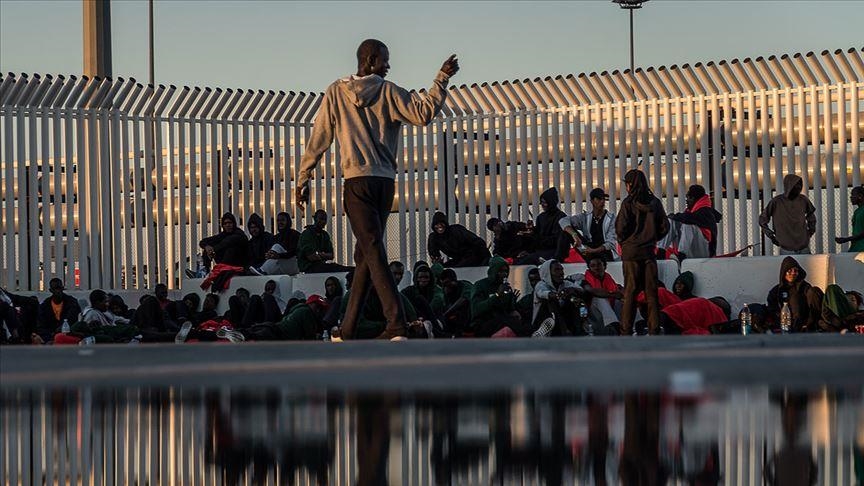 Spanish authorities began to dismantle an infamous migrant camp on a Canary Island pier on Monday, after having transferred hundreds of people who slept there to other points on the island.

The last group of 27 people departed late Sunday night in ambulances, after having tested positive for COVID-19.

“It says a lot that the last people to leave the camp had COVID but were still sleeping on the ground. This was the Arguineguin pier,” Txema Santana, the spokesperson for the Spanish Commission for Refugees, said in an informal news conference near the pier on Monday.

The makeshift migrant camp was first set up on Aug. 3 as a place to register migrants arriving to the island by small boats and to give them medical screenings for the coronavirus.

As the number of irregular arrivals accelerated, the improvised camp grew until more than 2,500 people were held simultaneously in a space that was supposed to hold a maximum of 400.

On Jan. 1-Nov. 15, some 16,760 irregular migrants arrived to the Canary Islands by boat — up more than 10 times compared to the same time period last year, according to the Interior Ministry.

Arguineguin was dubbed the “camp of shame” by Spanish media and activist organizations. There was no running water, only a few toilets, with everyone sleeping on the ground in overcrowded conditions made all the more precarious by the pandemic.

Several media organizations and NGOs reported that migrants were held in the camp for much longer than the maximum 72 hours stipulated by the Spanish law and that they did not have access to lawyers or clear information.

The Spanish interior minister visited the camp early November and had promised to close it in the “upcoming weeks”.

The migrants in the pier have been transferred to empty tourist accommodations and a military camp newly set up for migrants.

This month, Spain’s government announced a plan to build another 7,000 beds to receive migrants on the Canary Islands. Despite local authorities asking the rest of the country to help deal with the pressure, government officials said the migrants will not be transferred to mainland Spain.

“We are making a plea to Spain and the European Union to understand that Europe’s islands cannot be just reception areas for migrants. This plan has failed on other islands and it will fail in the Canary Islands,” said spokesperson Santana.

Local politicians have likewise expressed their concern that the Canary Islands could soon become the “new [Greek island of] Lesbos”, referring to the migration center there.