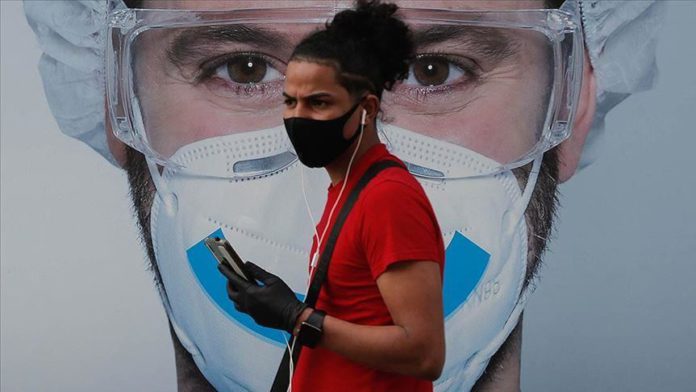 As Spain saw its highest-ever weekend surge of new coronavirus infections on Monday, officials in one northern region announced they will enforce Spain’s first region-wide semi-lockdown.

As of Thursday, Navarra will limit all non-essential movement in and out of the entire region, close bars and restaurants, and make all other businesses close their doors to customers by 9 p.m.

These are the toughest measures taken by a regional government in Spain to curb the pandemic since its first wave. All other restrictions on movement so far have been limited to particular cities, not regions.

With nearly 950 contagions per 100,000 people in the last two weeks, Navarra has Spain’s highest rate of contagion – nearly double that of Madrid. Its capital city Pamplona is especially hard-hit.

Nationwide, after a hint of the situation stabilizing, this weekend’s reported case number is up 25% compared to the same three-day period last week. Last Monday, Spanish health officials reported 28,856 new infections, compared to 37,889 this week.

Over the last 14 days, Spain has detected nearly 147,000 new coronavirus infections. More than 12% of all coronavirus tests are coming back positive.

After the virus overwhelmed tracers, authorities announced on Monday that two more Spanish cities will enforce sanitary cordons and stricter measures to prevent the virus from spreading further.

The cities of Burgos and Aranda de Duero will restrict all non-essential movement beginning on Tuesday and Wednesday, respectively. This will be the third separate confinement of Aranda de Duero since summer. They will not close bars and restaurants.

Dozens of other Spanish cities find themselves in the same situation – including Madrid, though authorities are expected to lift the measures there on Friday.

This weekend, the enclave of Melilla and Catalonia became the first region to close all bars and restaurants for a period of at least 15 days.

Catalonia has seen a sharp surge in cases, and local media report that authorities are also mulling enforcing a curfew.

Along with a surge in cases, active hospitalizations rose over the weekend across much of Spain. There are currently 12,945 hospitalized COVID-19 patients, occupying 10.4% of Spain’s hospital beds and 21% of its intensive care units.

At the same time, the Health Ministry reported 217 more deaths from the disease this weekend.