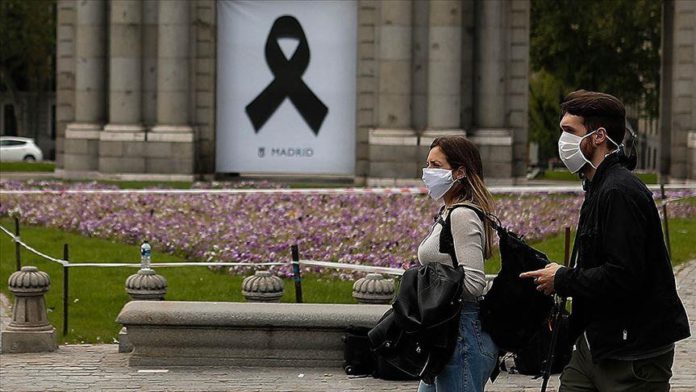 Another 12,000 people were infected with coronavirus over the weekend, Spain’s Health Ministry reported on Monday, as more areas of the country continued to reopen.

Newly reported cases are down by around 4,000 compared to last Monday, marking six straight weeks of declining cases.

“The transmission is more controlled but we’re still at risk that it could get out of hand. We have to be very careful, especially in places that are reopening,” warned Spain’s chief epidemiologist on Monday, insisting that masks and social distancing must remain as Spain gradually shifts into new normality.

This week, Catalonia began to allow the reopening of changing rooms at gyms, expanded the opening hours of bars and restaurants, and welcomed more students back to university

Likewise, Castile and Leon reopened indoor dining and indoor gyms for the first time in around two months. Galicia also relaxed mobility restrictions around some of its biggest cities

The variants will likely pose new challenges to Spain’s reopening. The UK variant has become dominant in several regions, although most strongly in Asturias, where health officials said Monday it is behind over 96% of new infections.

The variants of concern first detected in Manaus, Brazil, and South Africa have also been spreading in Spain, though to a much smaller extent.
Spain’s total pandemic hospitalizations have dropped drastically, but COVID-19 patients continue monopolizing intensive care units.

The infectious disease remains the reason why almost 2,500 people are fighting for their lives and taking up one-quarter of all the country’s critical care beds.

Deaths are declining, but nearly 300 more lives were reported lost to the disease on Monday.