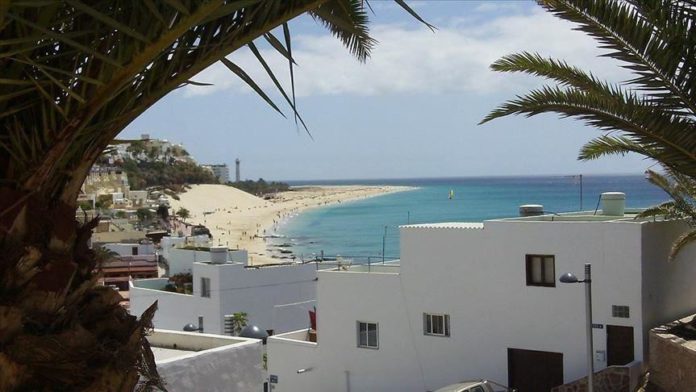 Spanish authorities must immediately alleviate overcrowded and unsanitary conditions on a Canary Island pier where more than 2,000 migrants and refugees are being detained, Human Rights Watch said on Wednesday.

Since Nov. 7, the number of people being held on the Arguineguin pier on the island of Gran Canaria has more than doubled after a major influx of migrants by boat over the weekend.

“What I saw a few days ago was a row of crowded tents where people are held for days on end, sleeping on the ground, 30 or 40 people sharing a portable toilet,” said Judith Sunderland, acting deputy Europe and Central Asia director at Human Rights Watch, in a news conference.

“I cannot imagine the situation now with over double the people. Even assuming the best intentions of those working there, these conditions do not respect people’s dignity or basic rights, nor do they reflect well on Spain.”

According to the NGO, many people are being detained on the pier for longer than the 72 hours allowed under Spanish law.

The organization also says that everyone they interviewed had been given an expulsion order regardless of circumstances, often in a language they cannot understand and without access to a lawyer. No one they interviewed was told about their right to apply for asylum.

Human Rights Watch is one of the few independent observers to have visited the pier, since the government blocked journalists from entering the area, citing privacy concerns.

The camp on the pier was set up in August for medical screening that includes COVID-19 testing. It has a formal capacity for 400 people.

More than 13,800 people have reached the Canary Islands by boat this year, according to Human Rights Watch – up more than fivefold compared to the 2019 total. According to the UNHCR, more than 600 people have died or gone missing on the dangerous journey to the islands.

Fearing the Spanish archipelago could become the next Lesbos, the president of the Canary Islands has called for urgent help from the Spanish government and the European Union.

Last Friday, Spain’s Interior Ministry said Spain would close the camp on the pier and create a new reception area in a former munitions warehouse in the island’s capital city “over the next weeks.” More specific details of the plan have yet to be announced.