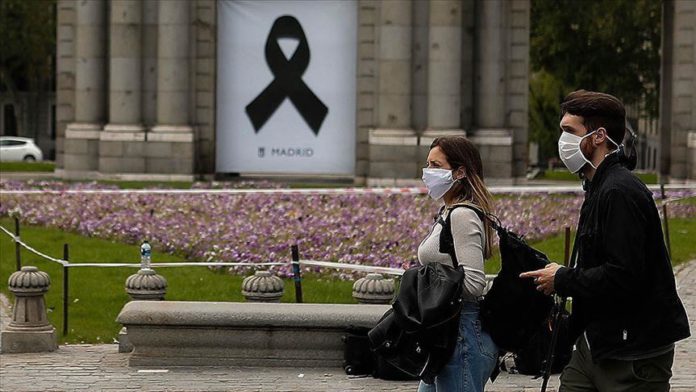 Spain began a 10-day mourning period for victims of COVID-19 on Wednesday as the country’s death toll reached 27,118.

The Ministry of Health reported that 39 people have died of the infectious disease in the last week – four more than on Tuesday.

The ministry also confirmed that 231 people were diagnosed with the disease on Tuesday. The total number of confirmed infections in Spain now sits at 236,769 – still the fifth-highest number in the world.

However, after more than two months of one of the world’s strictest lockdown, official figures show that the virus has largely been controlled.

On Wednesday, Spain entered into a 10-day mourning period – the longest in its democratic history – to remember the thousands of lives destroyed by coronavirus.

The Spanish flag will be lowered to half-mast in all public buildings until June 5.

But as the country officially entered into a period of solemn remembrance, a tense debate in the Spanish parliament degraded into insults.

Iglesias called her remark slander and encouraged his father to take legal action. Iglesias also accused a member of the Popular Party of “inciting insubordination” within the ranks of Spain’s police and security forces.

While there was an initial phase of political cooperation at the beginning of the crisis, tensions have continued to increase in Spain’s fragile parliament that is governed by a minority coalition.