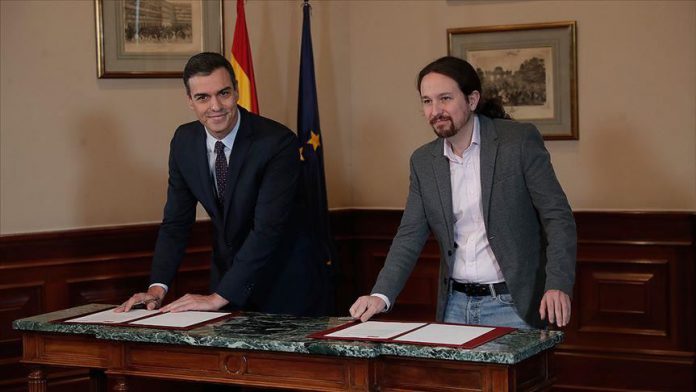 Higher taxes on the wealthy, a minimum wage hike, and an end to the so-called gag law are among the political goals that Spain’s aspiring coalition government announced on Monday.

Pedro Sanchez, leader of the Socialist Party, and Pablo Iglesias of the far-left Unidas Podemos party presented the 50-page progressive program called “A new deal for Spain” that the parties hope to carry out as Spain’s first coalition government.

On Monday, it was announced that the Basque Nationalist Party (PNV) would support the progressive coalition.

However, politicians remain in negotiations with the ERC, a far-left Catalan nationalist party,