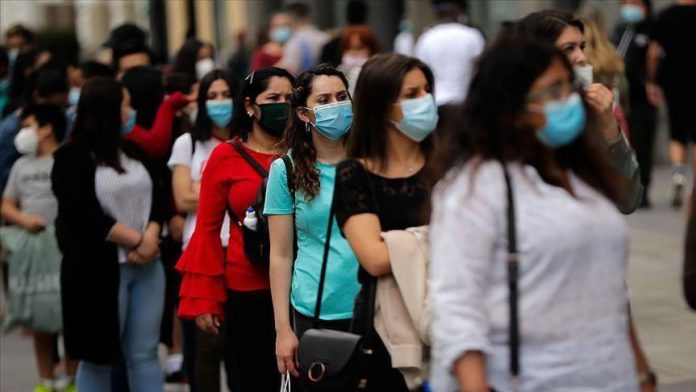 Spain’s Health Ministry reported 3,632 new COVID-19 infections on Tuesday, as the army began to set up a makeshift clinic in the parking lot of a hospital in the city of Zaragoza.

Aragon and the Basque Country reported the most cases on Monday, followed by Madrid and Catalonia.

Over the last week, Spanish authorities have detected 24,273 new infections — a number that has continued to increase almost without pause since the state of alarm ended in late June.

Over the last week, 805 people have been hospitalized and 64 have died, according to the latest figures.

To deal with the spike in Aragon, which at the moment is one of Europe’s worst-affected areas, authorities requested help from the army to expand the capacity of a hospital in its capital city, Zaragoza, by building a “triage area” out of tarps in the parking lot.

The Clinic University Hospital of Zaragoza already has four floors reserved for COVID-19 patients. Currently, it holds 160 COVID-19 patients — more than any other Spanish hospital, according to local media. Around 70 beds remain free.

The makeshift area will be able to hold another 40 patients and is expected to be ready by Friday. The hospital director told media that it may not be needed and will serve as a “plan B.”

Meanwhile on Tuesday, a Catalan health official Josep Maria Argimon said that the outbreaks in one of the other worst affected regions — Catalonia — have been “stabilized.”

He said the region now must lower the curve and appealed to “collective and individual” responsibility.