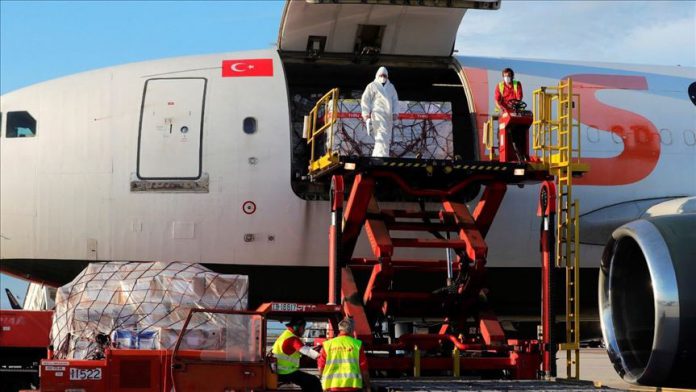 Spain confirmed Wednesday the arrival of ventilators from Turkey.

“Respirators from Turkey are already in Spain. Unloading at the Barajas Airport,” the Foreign Ministry said on Twitter while it shared images of a Turkish flagged plane with cargo.

Earlier in the day, the ministry also announced “150 ventilators from Turkey are already on the way, arriving tonight in Spain and to be delivered, as planned, to their final destinations, Castilla y La Mancha and Navarra” autonomous regions.