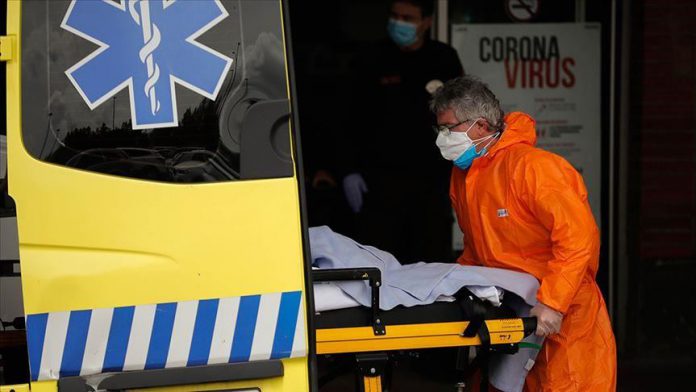 Five weeks into a lockdown, Spain registered 430 more COVID-19 deaths and nearly 5,500 new contagions on Tuesday, according to data released by the Health Ministry.

The number of daily deaths is slightly up from Monday, but far below the average over the last week. In total, 21,282 people have been confirmed to have lost their lives from COVID-19 in Spain.

Although the lockdown began on March 14, Spain continues to register thousands of contagions each day. On Tuesday, the country confirmed 5,392 infections, bringing the total to 205,602.

Only the United States has more confirmed cases than Spain.

Yet Spain has also recently introduced rapid blood tests which can detect antibodies that emerge after infection. These tests are being used in essential workers, as well as in a government study of a sample population to understand the true prevalence of the virus in the country.

So far, the country has identified COVID-19 in 1,424 people who were asymptomatic.

On Monday, the government revealed that more than 31,000 healthcare workers have been infected by the virus. According to calculations by local media, at least 40 of them have died.

Late last week, the government recalled hundreds of thousands of masks used by hospital workers that proved ineffective. As a consequence, more than 1,000 medical professionals have been placed in isolation.

Spain is set to continue with a strict lockdown until at least May 9. Restrictions will soon be lifted that virtually forbid children from going outside, but according to government officials they will not be allowed to play, only go for short walks.

On Tuesday, the Health Ministry confirmed that nearly 2,000 more people had recovered from COVID-19, bringing the total number of patients who have overcome from the disease in Spain to 82,514.