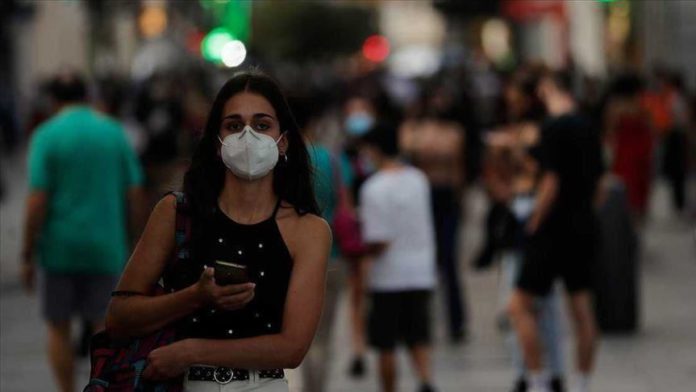 Spain saw new coronavirus infections surge Thursday by more than 13,300, while officials announced that Salamanca will become the latest city to be cordoned off because of alarming levels of contagion.

The new figure is the second-highest number of daily infections reported since the pandemic began. Almost one out of every five intensive care units are now occupied by COVID-19 patients.

The Ministry of Health confirmed another 140 deaths from the disease, bringing the total number of lives lost to 33,553.

Authorities in the region of Castile and Leon announced that Salamanca will be confined for two weeks beginning Saturday to fight a growing outbreak.

Salamanca has a large university student population, which has contributed to rapidly accelerating viral spread.

Once the measures take effect, non-essential movement in and out of Salamanca will be banned, gatherings will be limited to six people, and bars and restaurants will have to close before 11 p.m.

The government in Castile and Leon also announced that smoking will be banned on all outdoor patios and terraces.

Salamanca joins Madrid, Leon and Palencia, among others, to have taken similar measures after the infection rate surged beyond 500 cases per 100,000 people in more than two weeks.

Pamplona, Burgos and Logrono are also on the brink of passing limits set by the central government.

The region of Catalonia, which has a far lower infection rate – 272 per 100,000 people – is also set to close bars and restaurants except for takeout at midnight, barring any last-minute legal issues.