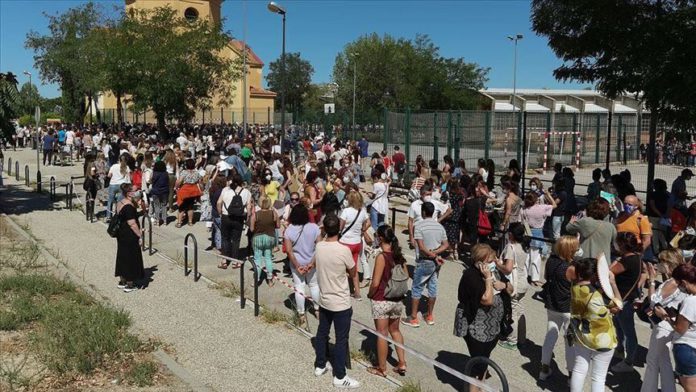 Dozens of schools across Spain registered fresh coronavirus cases during the first week of classes, the education minister said Thursday.

Meanwhile, single-day cases across the country set another record, the Health Ministry said.

A total of 10,764 new infections were reported in the past 24 hours — the highest figure since the start of the pandemic.

Another 41 people lost their lives to COVID-19, while 1,141 people were hospitalized in the last 24 hours.

Many schools opened their doors to students just this week, while other regions have yet to kick off the fall semester.

Despite reporting virus cases among staff and students, schools have remained open.

Only a few have shut their doors entirely – including an elementary school in the Basque town of Zaldibar.

Several others have put students in particular classrooms in 14-day confinement after a teacher or peer tested positive for the virus.

On Thursday, local officials announced that two more towns were going under lockdown due to high levels of contagion; Jumilla in the southern region of Murcia and Andorra in the region of Aragon.

“The lack of economic resources and the worsening of the situation due to the pandemic” have driven primary care doctors to “an inadmissible limit” that is not only impacting health professionals but also their patients, said the doctors association Amyts.