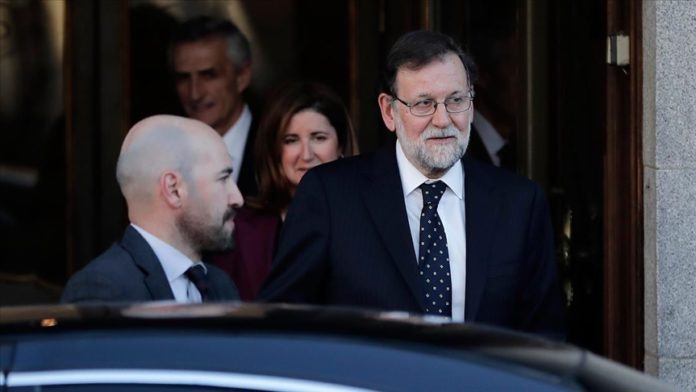 The trial centers around accounting documents, the so-called Barcenas papers, which appear to reveal an undeclared party fund used to illegally pay PP leaders and collaborators.

The court is also investigating whether the slush fund was used to pay for the party’s headquarters in central Madrid. Distancing itself from the symbol of corruption, the PP announced this year it would be abandoning the building.

The PP’s alleged slush fund was kept by Luis Barcenas, party treasurer from 1990 to 2009. He admitted to the fund’s existence and even said that he handed out envelopes full of cash to both Aznar and Rajoy.

The accounting documents show that payments were made to a “J.M.” and “M. Rajoy,” but both denied accusations of receiving irregular payments.

Barcenas also accused Rajoy of being “perfectly aware” of the slush fund and even destroying accounting files in a paper shredder, unaware that the treasurer had copies.

“It’s absolutely false,” Rajoy said on Wednesday. “There is no slush fund. There are the Barcenas papers, and that’s what Barcenas has to explain. The first time I heard about them was when they were revealed in a newspaper; so it’s metaphysically impossible that I could have destroyed papers.”

“This is all based on delirium. Everything we’re going through right now is shameful,” continued angry Rajoy.

Barcenas, 64, is already serving a 29-year prison sentence over his role in one of the country’s largest corruption scandals, in which PP officials systematically granted public contracts in exchange for bribes.

Rajoy also served as a witness in that kickback trial, making him the first sitting Spanish prime minister to testify in court. He was ousted from office by a no-confidence vote in 2018, after several members of his party, including Barcenas, were convicted of corruption.