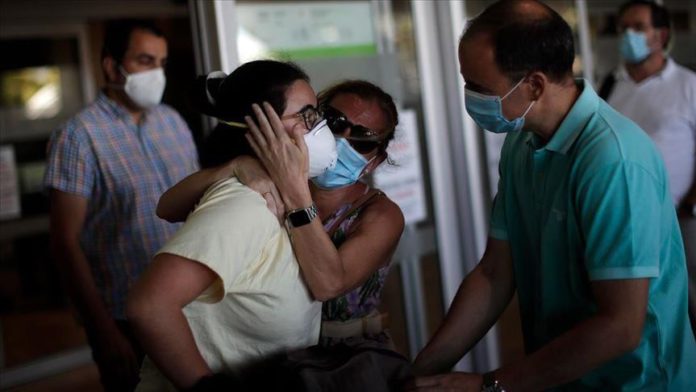 New coronavirus cases surged over the weekend in Spain, with the Ministry of Health reporting 26,560 more infections on Monday.

The three-day total brings the total number of infections to 525,549 – by far the highest number in Europe.

Two months ago, the total case number was 252,130, meaning cases have more than doubled since early July. In the last two weeks alone, authorities have diagnosed 108,079 cases.

Deaths also surged over the weekend by nearly 100, bringing the total number of confirmed COVID-19 fatalities to 29,516.

This week also ushers in the beginning of the school year for thousands of Spanish students. All schools across the country, even in the worst-hit areas, are set to open their doors this month.

“We’ll begin to see the impact of schools at the end of this week or early next week,” said Spain’s chief epidemiologist Fernando Simon in a press conference.

Simon also confirmed on Monday that 11% of PCR tests are coming back positive. The WHO considers a country to have transmission under control when it is below 5%.

Meanwhile, in an interview with Spanish Television on Monday, Spanish Prime Minister Pedro Sanchez said he hopes Spain will be able to begin vaccinating people in December.