TurkishPress
Home News Spain: 1 in every 1,000 residents dies of COVID-19 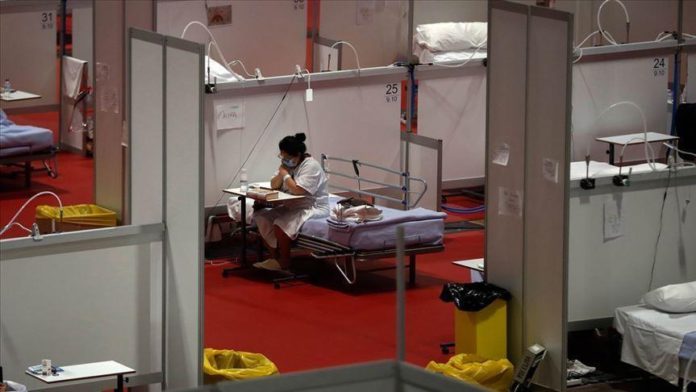 At least one out of every 1,000 residents in Spain has lost their lives to the novel coronavirus, the country’s Health Ministry confirmed on Thursday as it reported the death toll at 47,344.

Spain’s population is 47.3 million, according to the National Statistics Institute of Spain (INE).

With one of the most elderly populations in the world and high levels of viral circulation, Spain’s population has been particularly vulnerable to the lethal effects of the virus.

On Thursday alone, the Health Ministry reported that another 325 people had lost their lives to COVID-19.

Yet, even the Health Ministry may be significantly underestimating the real number of deaths from the pandemic.

New figures released by the INE, also a state entity, found that 45,686 people died from COVID-19 in March, April and May alone.

However, the Health Ministry only recorded 28,985 deaths during the same months, as it only reported the number of people who died of COVID-19 after testing positive for the virus, even though there was an acute shortage of tests during the first wave.

How many more deaths the country must bear will likely depend on a mixture of Spain’s vaccination campaign set to begin within a month, and how the virus spreads throughout the winter and spring.

For now, the epidemiological situation is much improved from a month ago. On Thursday, the Health Ministry reported 7,955 new infections.

That’s up from earlier this week, but a four-day long weekend may have led to a bottleneck in testing. The daily surge is still down from last Thursday, when 10,127 new cases were reported.

Two more local governments have reacted to the continued downward trend in contagion by announcing the relaxation of measures. Asturias, which suffered from a much deadlier second wave than first, will allow bars and restaurants to reopen on Monday.

Bars and restaurants in the Basque Country will also be allowed to reopen on Saturday, after a closure of more than a month.​​​​​​​