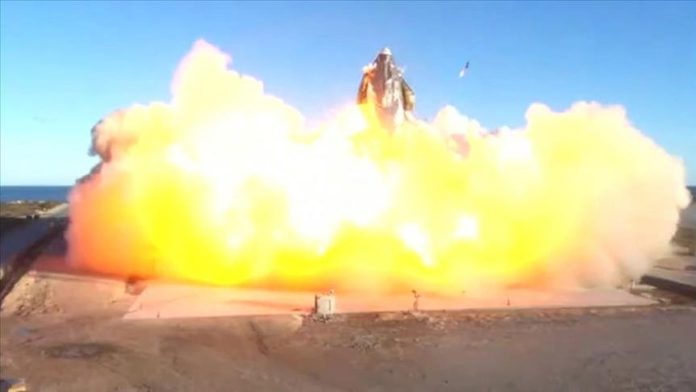 SpaceX’s Starship prototype rocket serial number 10 (SN10) exploded eight minutes after it successfully landed on the launch pad in the US state of Texas on Wednesday.

The rocket prototype flew more than six miles (10 kilometers) above Texas and landed over six minutes after the launch.

This is the third time such a flight is being tested.

The prototype’s predecessors, SN8 and SN9, which flew on Dec. 9, 2020 and Feb. 2 of this year, respectively, exploded after touching down.

A fuel leak is likely to be the reason that the SN10 rocket ended up in pieces.

SpaceX’s Starship spacecraft is meant to act as a reusable transportation system designed to carry both crew and cargo to Earth orbit, the Moon, Mars and beyond, according to the company.