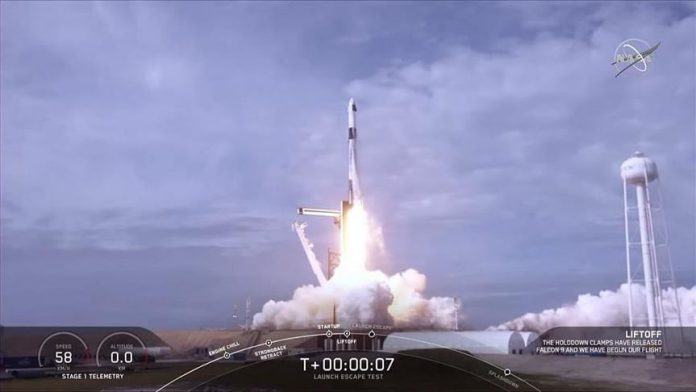 According to SpaceX’s official website, the company launched the Crew Dragon capsule from the John F. Kennedy Space Center in Cape Canaveral, Florida.

The Falcon 9 rocket on which the capsule was launched atop was intentionally destroyed for testing the emergency escape system, which would allow astronauts to safely leave the shuttle in an emergency at the time of departure.

Following the successful test, the Crew Dragon capsule fell in the planned area in the Atlantic