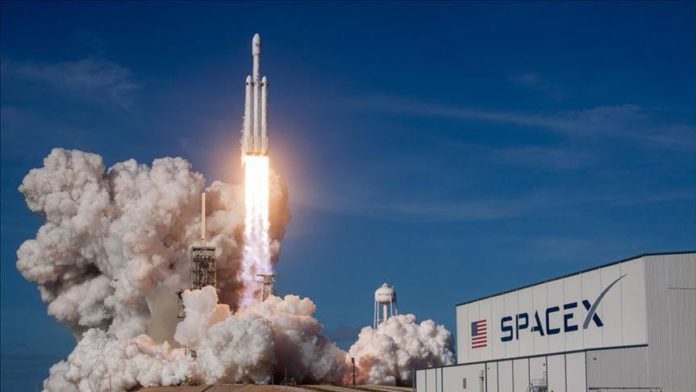 The Falcon 9 rocket lifted off from Space Launch Complex 40 at Cape Canaveral Air Force Station in Florida at 0125GMT .

This was the fifth launch made by the Falcon 9 rocket, its white exterior scorched by its previous trips through the atmosphere, according to Space.com.

They became the first Americans to launch on an American rocket from American soil to the space station in nearly a decade.

As part of the Starlink project, the company plans to launch a total of 12,000 internet satellites by 2027.

Founded in 2002, SpaceX aims to revolutionize space technology, with the ultimate goal of enabling people to live on other planets, according to its website.