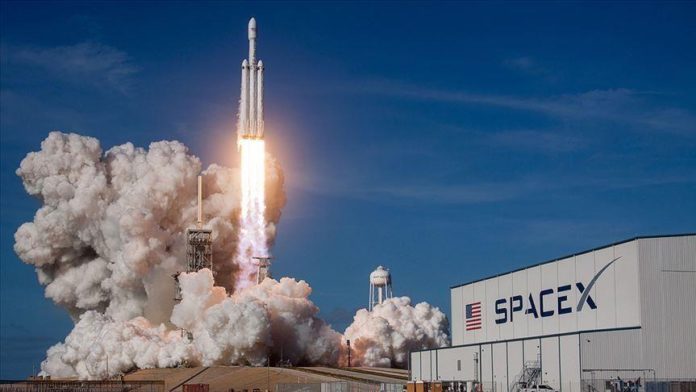 The Falcon 9 rocket lifted off from Space Launch Complex 40 at Cape Canaveral Air Force Station in Florida at 9.44 a.m. local time (1444GMT), according to Space.com.

This was the 11th flight made by the Falcon 9 rocket.

After the launch, SpaceX Production Manager Jessie Anderson said: “Great news overall, we are now awaiting the deployment of our 46 Starlink satellites which is scheduled to occur about an hour from now.”

SpaceX had announced that 40 satellites that SpaceX sent into space on Feb. 10 as part of the Starlink project fell out of the orbit due to a geomagnetic storm.

As part of the Starlink project, the company plans to launch a total of 12,000 internet satellites by 2027.

Founded in 2002, SpaceX aims to revolutionize space technology, with the ultimate goal of enabling people to live on other planets, according to its website.