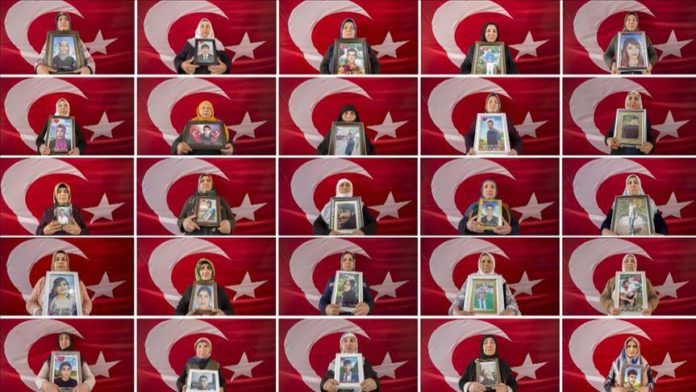 A sit-in protest by families in southeastern Turkey entered its 300th day on Sunday demanding a political party — accused by the government of having terror-links — free their children from the YPG/PKK terrorist organization.

The protesters, camped outside the offices of the opposition Peoples’ Democratic Party (HDP) in Diyarbakir, are demanding that their children kidnapped by the YPG/PKK terrorists be returned.

Omer Tokay, a father whose child was abducted by the terror group at the age of 14, called on his son to surrender to security forces.

Another protester Aydin Dagtekin said he joined the protest for his son who was abducted six years ago, and that he will not leave until he gets his son back.

Turkiye's Borsa Istanbul down over 5% at close