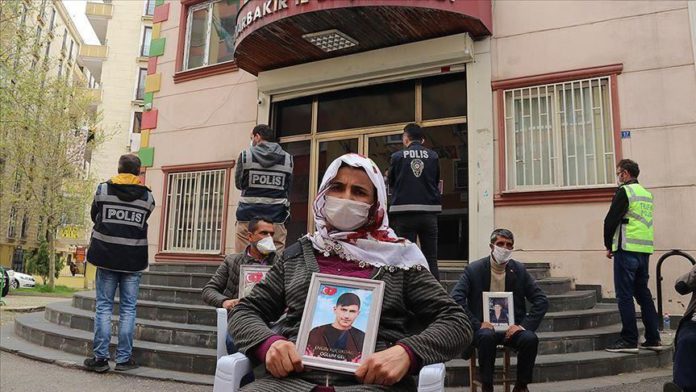 A sit-in protest by families in southeastern Turkey entered its 245th day on Monday demanding a terrorist-linked political party free their children from the YPG/PKK terror group.

Dozens of mothers launched the protest on Sept. 3, 2019, outside the offices of the Peoples’ Democratic Party (HDP), a party accused by the government of having links to the YPG/PKK terror group.

Solmaz Ovunc, one of the mothers, said her son Baran had been kidnapped by the terror group in 2015 when he was only 15 years old.

Calling on her child to return and surrender to security forces, Ovunc said: “They stole your pen and your dreams.”

Another protester, Suleyman Aydin, whose son Ozkan was also abducted at the age of 15, said they had been protesting for 245 days.