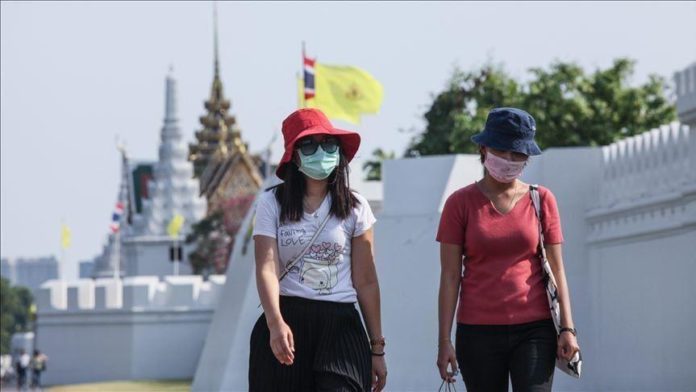 Southeast Asian countries are scrambling to roll out vaccination programs amid the escalation in coronavirus cases over the past weeks. Singapore became the first country in the region to start the vaccination campaign against COVID-19 in December. Indonesia is beginning it by next week.

Meanwhile, other countries in the ASEAN (Association of Southeast Asian Nations) continued racing to procure vaccines amid the spike in the number of infections and deaths.

The number of infections in Southeast Asian countries topped 1.5 million, while fatalities exceeded 36,000.

Indonesia, as the largest country in Southeast Asia and with the highest number of coronavirus infection in the region, has brought in 3 million doses of China’s Sinovac vaccine.

Health Minister Budi Gunadi Sadikin announced on Wednesday that the country will start mass coronavirus vaccination next week, with President Joko Widodo set to be the first person to get the shot.

He told reporters in a meeting in the capital Jakarta that the vaccine campaign will start from Jan. 13 and all ministers and high-ranking officials will receive the jab after the president.

Widodo confirmed that Indonesia had ordered 329.5 million doses of the vaccine from several international companies.

The country plans to buy a total of 426 million doses of vaccine to vaccinate 181.5 million of its population within 15 months.

The country reported 8.854 new COVID-19 cases on Wednesday, the highest spike the pandemic first started in March, bringing the total cases to 788.402, according to Health Ministry.

Thai Prime Minister Prayut Chan-o-cha said on Monday the country would receive the first 2 million doses of Sinovac vaccine from China over the next three months and the first delivery will arrive in late February, Bangkok Post the English language daily reported.

Prayut said the first order of 2 million doses will arrive from China in the next three months, with the government prioritizing who should get them.

He said the government is seeking to buy another 35 million Covid-19 vaccine doses, taking its total order to 63 million.

The premier did not say where the extra doses would come from but stressed that the government needed to be sure they were safe.

The government has imposed a set of new restrictions on Monday in the wake of a surge of the coronavirus after 28 red zone provinces were officially announced in the Royal Gazette a day before.

Singapore started its coronavirus vaccination campaign on Dec.30, as health workers were inoculated first with the vaccine jointly developed by BioNTech and Pfizer. In a statement, the Health Ministry said that the campaign began with the first batch of more than 30 health care workers at the National Centre for Infectious Diseases.

In December, Prime Minister Lee Hsien Loong said the country has set aside more than S$1 billion for vaccination. Singapore Economic Development Council and US company Arcturus have signed a supply agreement for the rights to buy the ARCT-021 vaccine. The first shipment is expected in the first quarter of 2021.

The results so far showed that the vaccine could be effective as a single dose, local daily the Straits Times reported, quoting a professor, who co-developed the vaccine with Arcturus.

Singapore has so far reported 58,780 cases with 29 deaths from the pandemic.

Malaysia had signed an agreement with the pharmaceutical company AstraZeneca in late December to procure 6.4 million doses of the COVID-19 vaccine. The country has also inked a deal with Pfizer and Covax to obtain COVID-19 vaccines for 30% of its population.

“The government is also in the final stage of negotiation with Sinovac, CanSino, and Gamaleya to secure vaccine supply increase of more than 80% of the country’s population or 26.5 million,” said Prime Minister Muhyiddin Yassin in a televised speech last month.

He said the government expected to get and administer the first supply of one million vaccines from Pfizer to the target groups as early as February 2021.

In a statement, AstraZeneca said it expected the first deliveries of the vaccine in the first half of 2021.

The Philippines, the country with the second-highest infection rate in Southeast Asia is also working to roll out vaccination. So far, the Philippines has decided to procure 2.6 million doses of the COVID-19 vaccine developed by AstraZeneca.

“We will be able to purchase at least 148 million doses from more or less seven manufacturers. However, it will be dependent on the global supply,” Galvez said.

He did not provide a specific date on when vaccine doses from those companies will arrive in the country.

Galvez said he expected the Sinovac vaccine to arrive in early March, but this will depend on whether the Food and Drug Administration (FDA) approves the vaccine for emergency use.

Sinovac is yet to submit the required emergency use permit (EUA) application to the FDA.

Vietnam will receive at least 30 million doses of the COVID-19 vaccine developed by AstraZeneca with Oxford University this year, Deputy Health Minister Truong Quoc Cuong said on Monday. Addressing a news conference, Cuong said that the vaccines will be delivered “in phases through all four quarters of 2021”, daily the Vietnam News reported.

The shot requires two doses and will be administered with a four-week gap, meaning it will cater to around 15 million people in the country of over 95 million.

Cuong added that the government is also in discussions with several vaccine manufacturers including Pfizer-BioNTech, Russia’s Sputnik V, and China’s Sinovac.

Vietnam has so far reported over 1,500 cases of the coronavirus with 35 deaths, according to the latest figures by Johns Hopkins University.