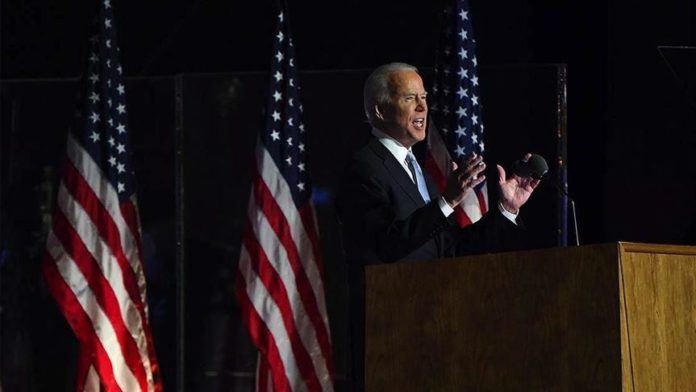 Leaders of Southeast Asian countries have congratulated US President-elect Joe Biden on his winning the race for the White House.

In their messages, the leaders expressed hope for stronger bilateral relations and stability in the region.

“I wish to extend to you and Senator Kamala Harris my warm congratulations on your election victory and the trust that you have earned from American voters,” he wrote.

Emphasizing the long-standing ties of friendship between the two countries, dating back more than 200 years, Prayut recalled that Thailand was the first treaty partner of the US in Asia. He said the country takes pride in a strategic partnership, which contributes to mutual benefit and the region’s peace, stability, and prosperity.

“My warmest congratulations @JoeBiden and @KamalaHarris on your historic election. The huge turnout reflects the hope placed on democracy,” said Widodo, while posting on Twitter on Sunday.

“Looking forward to working closely with you in strengthening Indonesia-US strategic partnership and pushing forward our cooperation on economy, democracy and multilateralism for the benefit of our two people and beyond,” he added.

In a statement, Malaysian Prime Minister Muhyiddin Yassin expressed his hope to strengthen the country’s partnership with the US under Biden’s leadership.

“I extend my heartfelt congratulations to the Democratic presidential nominee, former Vice President Joe Biden on his historic victory in the 2020 US presidential elections,” said Muhyiddin.

The premier said as a fast-growing developing country, Malaysia attaches great importance to its relations with the US, adding that US-Malaysia Comprehensive Partnership continues to be an overarching framework for pro-active, multifaceted, and mutually beneficial collaboration between the two countries.

“I wish President-elect Joe Biden great success in his presidency, and look forward to meeting him personally when an opportunity arises,” he added

Singapore, as the largest US trading partner in Southeast Asia, hoped to enhance bilateral relations with Biden’s administration.

Lee said with his long history and deep experience as a former US Vice President Biden is well-placed to lead his country through the challenges ahead.

“Singapore looks forward to working with you and your Administration to deepen the partnership between our two countries, enhance the US’ role in Asia-Pacific, and overcome COVID-19. You can count on Singapore to remain a friend and partner,” he added.

“On behalf of the Filipino nation, President Rodrigo Roa Duterte wishes to extend his warm congratulations to former Vice President Joseph Biden on his election as the new President of the United States of America,” said presidential spokesperson Harry Roque in a statement.

The statement noted that the Philippines and the US have long-standing bilateral relations and the Southeast Asian country is committed to further enhancing the relations with the states under Biden’s administration.

“We look forward to working closely with the new administration of President-elect Biden anchored on mutual respect, mutual benefit, and shared commitment to democracy, freedom and the rule of law. Congratulations and we wish him all the best,” it added.

While the Vietnamese president has not yet released a statement regarding Biden’s win, the Foreign Ministry stated last week that the country believed that any US President will support the bolstering of relations between the two countries.

“Vietnam welcomes the role of the US and its initiatives that help to maintain peace, security, stability, cooperation, and development in the region, including the US support for ASEAN’s centrality in harmony with regional cooperation mechanisms and line with international law,” the ministry added.