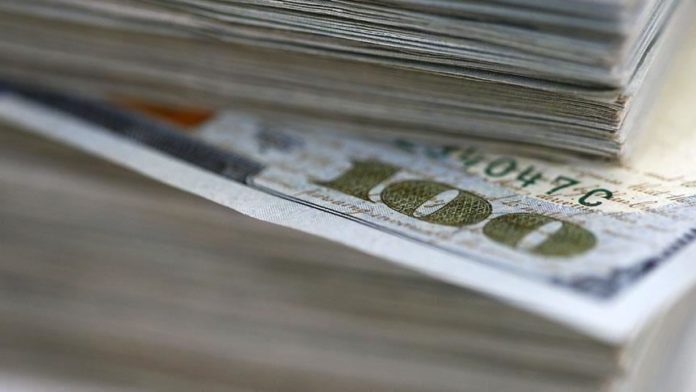 South Sudan’s lack of a budget for the 2020-21 fiscal year has led many of its citizens to be worried about the collapse of the country’s economy.

The previous fiscal year ended in June and the new one began in July, yet the country has still not been informed of the new budget estimates.

The deal includes training unified forces, making a security arrangement, disbarment of civilians — the government of national unity — as well as repatriation of refugees and internal displaced people to their home towns.

According to the peace deal, the Unity government has expanded from 20 ministries to 35 ministries, accommodating all opposition groups in the power sharing.

While the parties are about to complete the formation of all institutions of the government, including all national spending agencies, the parliament has failed to appoint the members from the opposition groups.

Ter Manyang Gatwech, a human rights activist and executive director of the Center for Peace and Advocacy, said it is extremely worrying if a new budget has not been presented for approval.

He added: “The budget is an avenue to ensure the country’s economic growth and aims to accelerate it. If there is an inflation, the government will look at ways to improve people’s spending power”

The budget is very important because it helps the government make provisions to raise budgetary spending and promote savings, Gatwech noted.

“How will the government prioritize the needs of South Sudanese citizens? If they don’t have a financial year budget, it’s very worrying, and I don’t know how they are going to manage the activities they are carrying out un-budgeted,” he told Anadolu Agency in Juba.

James Akech, a 29-year-old motorcycle taxi — known as Boda Boda — driver in Juba, wondered how the government can begin a new fiscal year without any funds.

“The budget must be in place, since much more funding is needed this year,” he said.

As the government expands from two vice presidents to five, the number of national ministries rises from 20 to 35, so does the number of troops in the army and other organized forces also rises with additions from the opposition groups, and new government officials require accommodation, all these need more funding, he explained.

“There is no reason for a delay because budget preparation is made months before the financial year comes to an end.

“I cannot understand whether the delay is intentional or due to the coronavirus,” he added, stressing that all leaders would need funding for their departments to operate.

Since South Sudan has expanded all government institutions under the peace agreement to accommodate all warring parties to be involved in the power sharing, the spendings will also increase.

The parliament is also supposed to be reconstituted, expanding from 330 MPs to 550, including the opposition group members.

“Allowances are supposed to be provided. There are forces in the cantonment sites [sites to unite and accommodate all forces, including the opposition groups] and training centers and possibly new recruits, if any. They may need their [own] budget,” Akech also said, adding: “The delay shows a big mess in the handling of the budget.”

His sentiments were also echoed by Mohammed Abdallah, a businessman in Juba, who argued that even the 2019-20 fiscal year budget was never implemented as planned.

“If the government never properly implemented last year’s budget, then how should a country move forward?” Abdallah said, and added: “The country is supposed to move forward, not backward.”

While the leadership may recycle last fiscal year’s budget, its implementation would effectively fail with the current expanded government, said Abraham Kuol Nyuon, the dean of the School of Economic and Social Studies at the University of Juba.

“It could be a shortcut for them saying the budget is here,” he said, that the government might anytime decide on the last year’s financial fiscal year as also the new one, instead of making a new fiscal year budget.

“There are things that might affect it. Even the issue of inflation could be a factor within the budgeting system. That makes it very difficult for them to adopt last year’s budget,” Nyuon noted, saying that the government does not even fully implement the annual budget plans.

“Because people are still going on six or seven months without salaries, that means last year’s budget was not implemented.

“Originally, we could see that South Sudan does not follow a budgeting procedure,” he said, meaning that how much is going to be spent by the government for developmental projects, including construction of roads, schools, hospitals among others, are not well-planned.

“You can be able to see that even last year’s budget had not been implemented 50%.”

The delay in presenting the country’s budget has also caught the attention of civil society organizations.

“The issue of having national budget for the new financial year starting from July 2020 is critical for the political leadership to act,” said Edmund Yakani, a civil society activist and executive director of the Community Empowerment for Progress Organization.

The formation of new states governments as well as the smooth running of the peace process will depend on the budget, Yakani said.