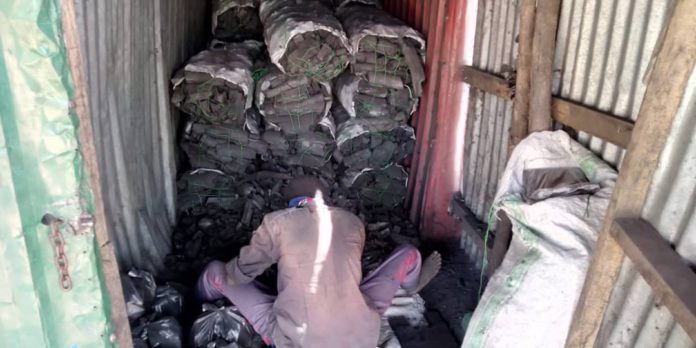 Ladu, a charcoal dealer in South Sudan, has been felling trees for the last five years to keep his business running.

With his livelihood eroded by years of crisis, the 42-year-old father of eight entered the lucrative business, which has caused massive destruction to the country’s forest cover.

“I know the cutting down of trees and burning of charcoal will affect the forest, but there is no other way,” he told Anadolu Agency.

“I am cutting down trees for my charcoal business to survive because I have no work, and if I stay at home without doing anything, my children will die of hunger.”

Trees are cut down in South Sudan and burned for charcoal, with many villagers turning to the illegal activity to earn a living.

As thousands of people rush into the charcoal business, the devastation to the environment in South Sudan is alarming, Nhial Tiitmamer, director of the Environmental and Natural Resources Program at the Juba-based think-tank Sudd Institute, told Anadolu Agency.

“There is rapid desertification. Areas that used to receive rains are reducing in size. The cutting of trees for charcoal is destroying the land,” he said.

A 2018 report on the country’s environmental outlook said one of the top priorities of the government “is to develop and implement sustainable management plans in the sub-sectors of the environment sector so that the exploitation of natural resources does not adversely impact the environment.”

“Until that is achieved, there is enormous pressure on natural resources, especially on the forests, as over 99% of the population of South Sudan depends on forests as their source of energy – fuelwood and charcoal, and timber for construction and furniture,” it said.

“Their heavy dependence on fuelwood and charcoal is estimated to contribute to an annual deforestation rate of between 1.5 and 2.0%,” the report said.

The effects include erratic climatic change between droughts and heavy flooding. In the first half of 2019, there were high levels of drought that devastated the livelihoods of hundreds of thousands of people followed by heavy floods in the second half that affected one million people.

“Floods and droughts are among the top sources of vulnerability to South Sudanese,” Tiitmamer said.

“Together with the conflict, floods and droughts are the foremost threats to people’s lives in South Sudan.”

South Sudan is also endowed with wildlife species which have been massively affected as a result of deforestation.

The country’s Boma-Jonglei-Equatoria Landscape, which covers about 200,000 square kilometers, witnesses a remarkable seasonal migration of the white-eared kob, tiang antelope and Mongalla gazelle. It is one of the three largest animal migrations in the world after that of the wildebeest in East Africa and the caribou in Alaska.

The landscape is also home to the Sudd, one of the world’s largest tropical wetlands, and hosts Africa’s largest remaining wooded savannah.

Deforestation will lead to the complete destruction of the ecosystem and the country’s economy, Tiitmamer said.

“When a forest is mismanaged and trees are completely cut for charcoal without planting more and without leaving some for the future and other uses, it leads to resource scarcity,” he said.

“Simply put, a society that does not manage its forests well deprives itself of resources to meet its needs such as energy, food, medicinal and shelter needs.”

A crisis caused by political rivalry between President Salva Kiir and his deputy Riek Machar that began in 2013, causing the country to plunge into a civil war, left nearly 400,000 people dead, four million others displaced and slashed crude oil production, leading to economic ruin. It ended in 2018 with the signing of a peace agreement and formation of a unity government in 2020.

Implementation of the 2018 peace deal started this year, but Kiir, Machar and opposition parties are still arguing over some provisions. A vacuum of leadership in the countryside, home to the vast forest cover, continues to generate insecurity. Now the novel coronavirus pandemic has added to the problems.

With uncertainty in the political and economic sectors, questions remain about the country’s ability to prioritize the environment.

Environmental activist Philip Ayuen Dot said the government should start by sensitizing citizens on the effects of deforestation while also providing them with alternative sources of energy and ways of earning an income.

Another way to ensure the sustainable management of South Sudan’s forests is by having strong laws that ensure the conservation and protection of forests, Dot told Anadolu Agency.

“The country also needs a well-funded and equipped Ministry of Environment and Forestry that can implement those laws,” he said.

“This would ensure that the firms given the concessions to fell trees do it in a sustainable manner.”

Jaden Tongun Emilio, the Undersecretary for Forestry in the Ministry of Environment and Forestry, warned that the rampant cutting down of trees will erode agriculture, the backbone of the country’s economy. 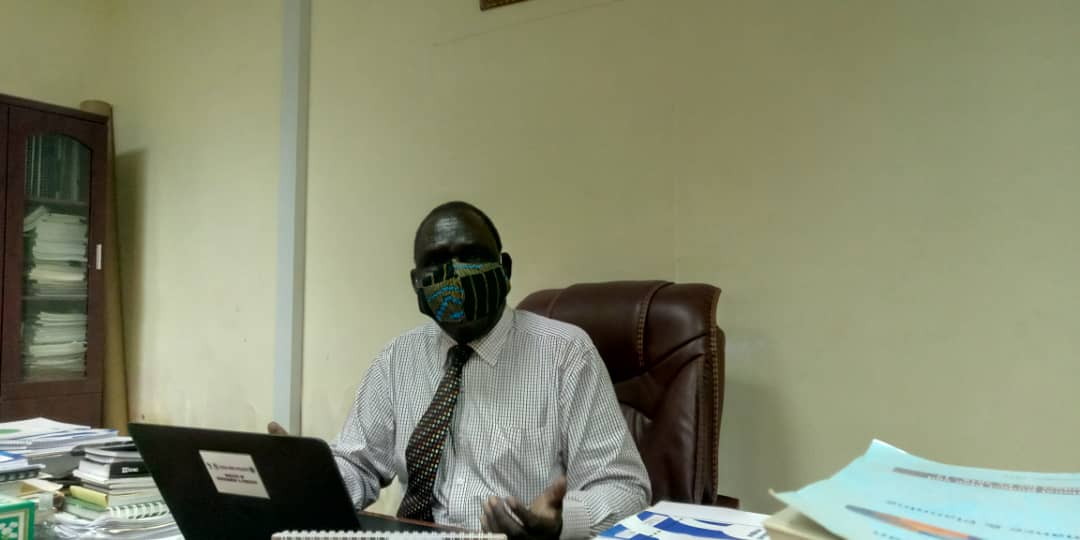 Emilio said the rapid destruction of forest land by people is a result of a high level of poverty and food insecurity in South Sudan.

“If you ask yourself why people are cutting trees, one of the reasons is that people are poor. Poverty is leading people to cut trees and make charcoal,” Emilio told Anadolu Agency.

“If people continue cutting down trees without replacement, the land will lose fertility and agriculture will not be profitable anymore,” he said.

“When we have forests, rain will be regular. But once forests are cut down, the rain becomes irregular, and this is why we are having droughts and floods because most of the trees are cut down.”

He said if the cutting of trees continues, there will not be a single tree left in South Sudan in 50 years, and that will lead to desertification in the country.