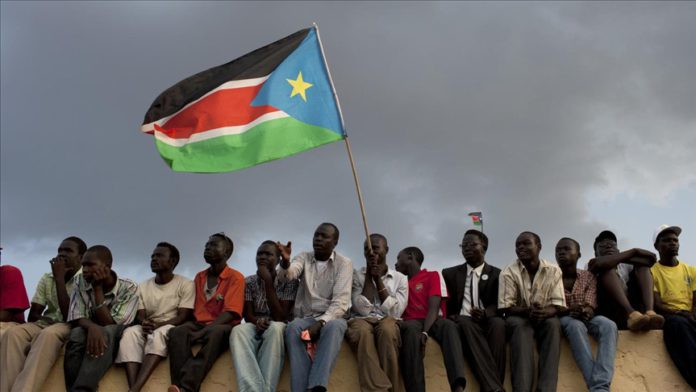 South Sudanese urged their leaders to understand each other, put differences aside and focus on bringing stability as the country prepares to mark 11 years of independence from Sudan.

University student Peter Marial encouraged the government to work for lasting peace so South Sudanses can enjoy the fruits of their struggle as the country is set to celebrates 11 years since the announcement of referendum results on Feb. 7, 2011.

“The announcement of the referendum was very joyful to us as South Sudanese, such that we are going to be out of discrimination of Arabs. We enjoy it because we are going to have our own country but the political crises disorganized our happiness” Marial told Anadolu Agency.

“The political crises in the country disorganized our happiness and hope we have during the referendum results announcement. Now, we are still in the same crises that we had in Sudan. Although we are an independent country, we are still seriously suffering in our own country like we were in Sudan.”

He urged the nation’s leadership to put more effort into bringing stability so citizens can enjoy the fruits of their struggle.

“I want our leaders to bring stability in all the sectors like economic health, education among others,” he said.

Veteran journalist Jok Anyang said it was a joyful day when it became official that the country was going to be independent.

“It’s like crossing the river from a dry place to a green place. By then, we were hoping that we are going to enjoy what we were not enjoying in Sudan but now, no change — things are still the same,” he said.

“As a young man by then, I have a lot of plans for myself, family and the entire nation but everything failed due to the conflict that happened in 2013. I want to achieve something by then but because of crises happening in the country everything failed. The crises let me down not to achieve what I want to achieve. When we separated from Sudan, I wanted to open a big center for training the youth but political crisis in the country didn’t allow me to do that,” said Anyang.

He had a request for political leaders: to put aside grievances and give young people a chance to achieve what they want achieve.

“We want to enjoy the fruits of our struggle, I want our leaders in the country to put aside their differences and give us a chance to do something for our country and the coming generation. We can’t be at war all the time,” said Anyang. “Let us put aside our difference and join our hands together to bring peace and stability in our country.”

South Sudan voted overwhelmingly to declare its independence in final results of the referendum, opening the door to Africa’s newest state and a fresh period of uncertainty for the fractured region.

A total of 98.83% of voters from Sudan’s oil-producing south chose to secede from the north.

The referendum was the climax of a 2005 North-South peace accord that set out to end Africa’s longest civil war and instill democracy in a country that straddles the continent’s Arab-sub Saharan divide.

Many southerners saw the vote as a chance to end years of northern repression, which they said stretched through years of civil war to 19th century raids by slave traders.

He stressed that reconciliation and development are critical for South Sudan to reach the heights of success and prosperity desired by its people and government.