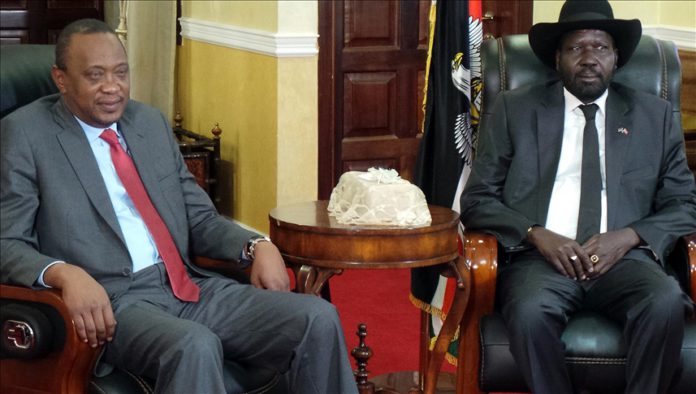 South Sudan on Tuesday welcomed the waiving of visa requirements to South Sudanese traveling to Kenya.

Those traveling to Kenya will no longer be asked to pay visa fees following a decision on Monday by Kenya to waive the requirement.

The Kenyan Foreign Affairs Ministry announced that the waiver is being implemented with immediate effect.

“We welcomed the statement from Kenya on visas waived to South Sudanese. This is something that has been agreed upon by the head states. Our President Salva Kiir last year, in a summit of the East African Community [EAC], extended a request to President Uhuru Kenyatta for a visa waiver between the two countries and in the spirit of EAC protocols. The Kenyan government has responded to it,” South Sudan Deputy Minister of Foreign Affairs and International cooperation Deng Dau Deng told Anadolu Agency.

He said the Interior Ministry is working on the same issue to give waivers to Kenyan citizens.

“In line with Article 10 of the EAC Common Market Protocol, the workers of the two partner states will be allowed to accept employment within the territory of each other,” according to a statement issued in Nairobi.

South Sudanese, since independence in 2011, have been paying the mandatory $50 visa requirement to enter neighboring Kenya.

South Sudan is also a member of the EAC regional trade bloc that includes Uganda, Kenya, Burundi, Rwanda and Tanzania.

The EAC Customs Union signed by member countries allows unrestricted movement of goods and people across borders but its implementation has not been fully enacted by some member countries.

Nairobi said the waiver demonstrates the strong partnership and cooperation between the two countries.

“It will also enhance cultural ties and strengthen the economy of both partner states by encouraging free movement of persons and labor which are key pillars in the integration of the East African Community,” it said.

It added that the development is in line with provisions of the EAC treaty.