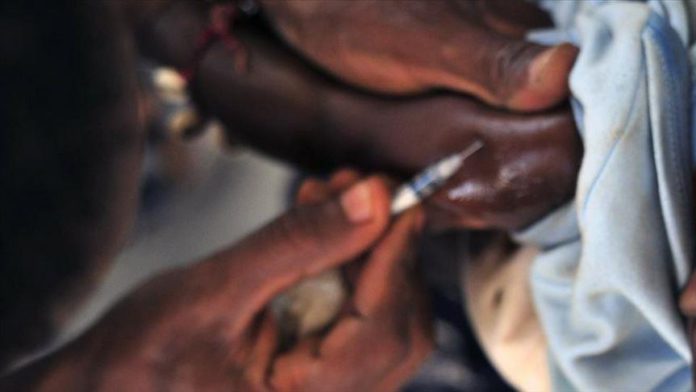 Authorities vaccinated more than 63,000 people against cholera in South Sudan during a four-day campaign, a statement by the global health body said on Tuesday.

Operated by the South Sudan’s Health Ministry and the World Health Organization (WHO), the mass vaccination campaign was conducted in the Bor South county, Jonglei state, from Dec. 16 to 20, 2020.

It was launched following floods which affected over 500,000 people in the southern state.

The floods caused congestion in displacement sites, contamination of nearly 65% of safe water sources and the poor hygiene conditions both in the internally displaced people sites and the towns, according to the statement.

“Oral cholera vaccines along with improved access to safe water and sanitation and other interventions including reinforced messages on safe drinking water, hygiene, and sanitation are effective for cholera prevention,” Dr. Olushayo Olu, the WHO representative for South Sudan, said.

“The cholera vaccine provides immediate protection to the vulnerable populations in the aftermath of flooding and before sustainable water, sanitation, and hygiene interventions are implemented,” Olu added.

The country has experienced several cholera outbreaks since gaining its independence in July 2011. From 2014-2017, at least 28, 676 cases and 644 deaths were reported in South Sudan.

The recurrent outbreaks demonstrate the continued vulnerability of the population to the disease, which is preventable and treatable, according to the statement.

Turkey’s tourism income stands at $4.1B in Q1