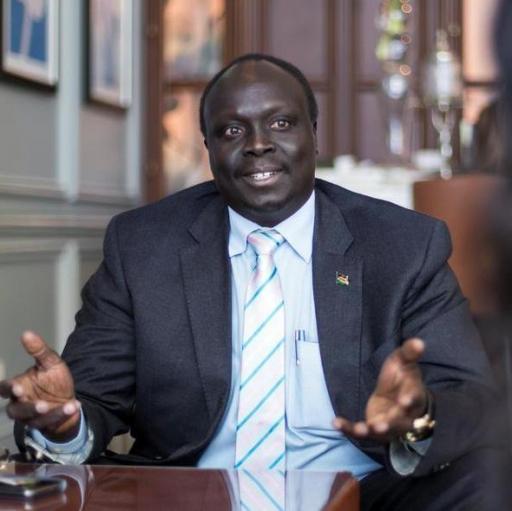 Already reeling under the impact of declining oil prices in the global market and restrictions enforced by the COVID-19 pandemic, geological issues are now hampering South Sudan to maintain optimal oil production.

The world’s youngest country is most dependent on oil revenue accounting 98% of its budget. Over the past five months, the government has been unable to pay salaries to its employees.

In an exclusive interview with Anadolu Agency in capital Juba, the Undersecretary of the Ministry of Petroleum, Awow Daniel Chuang confirmed that oil production has been reduced to 165,000 barrels per day (bpd).

“If we expect any increase, it will not be more than 5-10% maximum. It is not easy for us to go back to the previous 300,000 bpd because of the geological challenges. We understand there is a natural decline and oil reserve is limited,” he said.

After a five-year disruption caused by civil war, the country expecting to boost crude production to 350,000 pd, the pre-war level. South Sudan came out of years of civil war after President Salva Kiir inked a peace deal with his longtime political rival Riek Machar in September 2018.

Chuang said, besides other factors the extraction is facing geological challenges as many oil fields are producing more water than oil. He said the country is now planning to procure the right technology to see if more oil can be extracted.

Besides COVID-19, floods in many parts of the country have also affected the oil fields.

“Usually these floods will always affect the production because at times when the oilfields are flooded, some wells get covered with water, which affects their production. It is not possible to access to those wells when water is there,” said Chuang.

He said the country was working to conduct an environmental audit and has invited several foreign companies, which will be screened this week.

“They will come and bid and then we will select the best one. These are international companies that will do the environmental audit. We have to get the right company so that we can restore the environment to its initial status,” said the top ministry official.

The country is still hopeful to replenish its reserves and begin production in other 14 blocks.

“We have around 14 blocks other than the areas that we are producing. We are working every day to collect data and then do the mapping, which will help us to open the licensing rounds. The licensing round is to invite new bidders, new players in South Sudan so that we can explore oil in other areas. There is a very big potential to discover more oil in other areas across South Sudan,” he said.

England see 43% rise in COVID-19 cases in one week