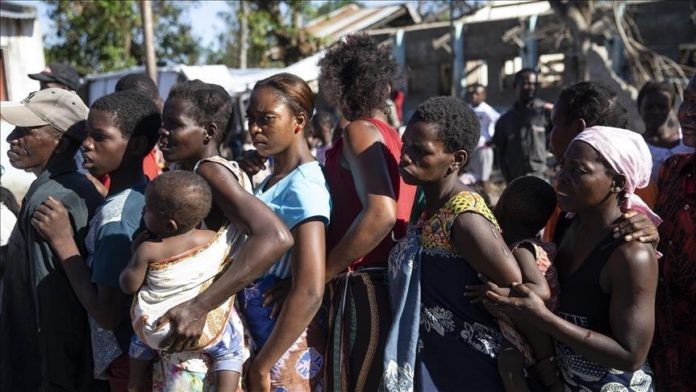 Health authorities in South Sudan said they responded to approximately 330 cases of rape, physical violence, and other issues related to gender-based violence (GBV) in 2021.

Samuel Legge, the doctor in charge of the Gender-based Violence Center at Juba Teaching Hospital, the main referral health facility in the capital Juba, told Anadolu Agency that the biggest issue is delays in reporting to the center.

He stated that a surge in incidents was also recorded during the festive celebrations as a result of alcohol abuse.

“We compiled 29 cases, which include rape, physical violence, and early pregnancy. The number this year is higher than last year’s, with a difference of six cases,” he informed.

The cases involve physical assault, defilement, and rape against women and girls, he said, adding that some GBV victims arrive late at the center due to threats made by the perpetrators, urging the government to provide security.

According to him, the center provides clinical treatment for rape, as well as psychological first aid, counseling, and legal services. However, they do not have a safe house to shelter victims or survivors who are afraid for their life.

“What I want to say is that sexual assault on someone against his or her will is a crime and that needs to be reported in order for justice to be served. It has consequences like unintended pregnancy, hepatitis B and HIV/AIDS,” said Legge.

He added that sexual assault has consequences for both survivors and perpetrators because they may get sick since they do not even know their HIV status.

Legge also urged police to refer victims to the center for treatment first, rather than undertaking lengthy investigations.

He asked people to report immediately to the GBV facility so that they may be treated right away. To avoid societal backlash, the center maintains all documents confidential, he noted.

While GBV-related crimes are a persistent issue in South Sudan, delays or underreporting owing to fear and stigma exacerbate the crisis and may escalate sexual assault, particularly in remote areas.

Some of the survivors contacted by Anadolu Agency indicated that it is hard for them to report to the center or to disclose to anyone that they were raped.

One of the victims said three men raped her while she was returning home from running an errand late at night.

She sought medical treatment right away and has since recovered.

“It’s hard to go out in public after being raped, but the best thing to do is have the courage to report to the authorities,” she said.

She said the bill will help reform, consolidate and harmonize laws and provisions related to GBV.

According to a senior official from the same ministry, who requested anonymity because he is not authorized to speak to the media, the government is doing “little” to address GBV issues.

“We, as a government, are not doing enough to address issues related to GBV in the country. This is recurring all the time, and we are just making empty promises and no action,” he admitted.

Late in 2020, the South Sudanese government, in partnership with UN agencies, set up a special court to handle GBV cases.

Anadolu Agency visited the GBV Court in the capital and found out that over 100 cases were being tried, with the court officer still filling out paperwork to determine the exact number of trials since the court’s inception in 2020.