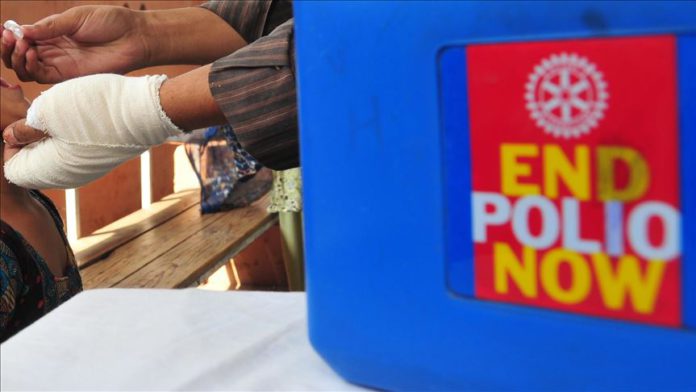 South Sudan said Wednesday it has recorded 15 new cases of polio, although the country was recently declared free of the virus by the World Health Organization.

The cases have prompted the launch of a vaccination campaign which is set to begin at the end of October, George Awzenio Legge, director of the Expanded Program on Immunization at the Ministry of Health, told Anadolu Agency by phone.

“Currently, the ministry and partners are planning a polio vaccination response to contain the spread of the disease,” Legge said.

He said a four-day campaign will begin on Oct. 27 and will target 1.5 million children under 5 years old in 45 counties where the outbreak was declared before rolling out to other parts.

“We have 15 cases in the whole country, 14 of which are in the greater Bahr el Ghazal region [in the country’s northwest],” he said.

The reported cases include five in Warrap State, seven in Western Bahr el Ghazal State and one each in Northern Bahr el Ghazal and Lakes states, as well as one in the city of Torit, the capital of Eastern Equatoria State, he said.

“We want to reach all the children in every corner of South Sudan, at least to stop this outbreak,” he added.

The new polio cases are a setback to South Sudan, which was declared polio-free in August.