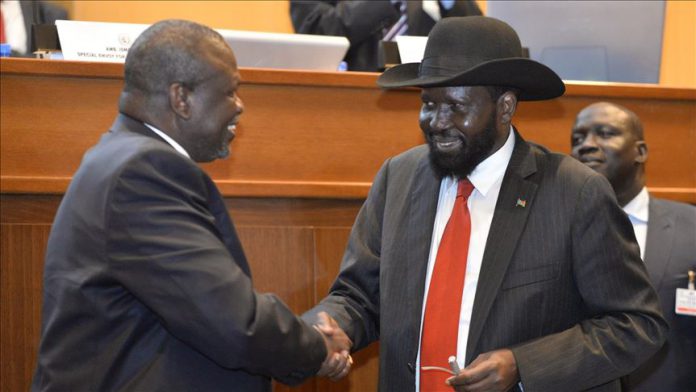 South Sudan’s President Salva Kiir and opposition leader Riek Machar met Tuesday and agreed to allow leaders from the government and opposition to move freely throughout the country to disseminate a peace agreement to people at the grassroots level.

“We agreed to open political spaces for people to move freely because now we have peace, and people have to be free. It is not like the time we were fighting,” Machar told reporters in Juba.

They also agreed to send all military, police and security forces for training in two weeks so they will have unified forces