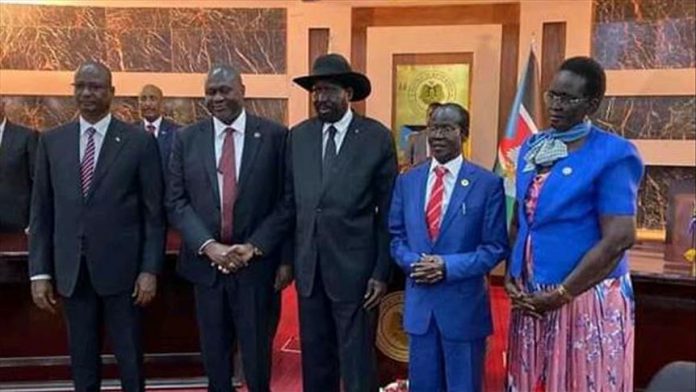 South Sudan’s rival leaders officially started the process of forming a transitional coalition government on Saturday, in line with a revitalized peace agreement reached in September 2018.

Opposition leader Riek Machar was sworn in as first vice president along with three more vice presidents at a ceremony in capital Juba.

The event was marked by calls for reconciliation and efforts for sustained peace in the war-weary country.

South Sudan’s President Salva Kiir urged people in the country to forgive each other and end their differences, saying he would work with all his new deputies to lead the