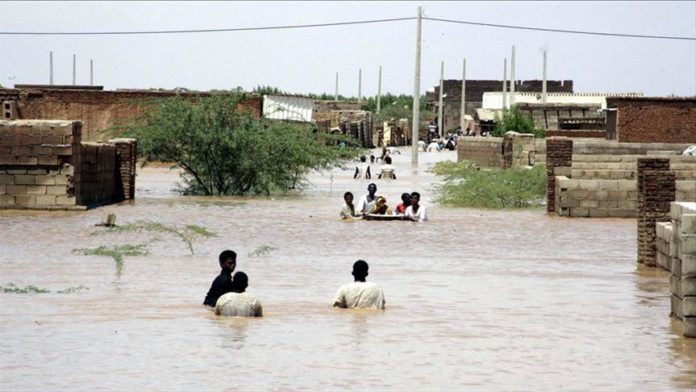 In the already malnourished regions of South Sudan, the latest floods have brought doom for health facilities and nutrition for children.

According to UNICEF, so far 12 children have died due to acute malnutrition in the Jonglei province, cut off from the mainland, due to rising water levels of the Nile River. Voluntary agencies say, thousands of other children are craving for food.

Nyanwut Aleer Chol,27, mother of four children was running helter-skelter to find food for her 10-month old twins, till UNICEF stepped in to provide therapeutic food.

“Before getting access to the ready to use therapeutic food for malnourished children, the situation was bad. Now they have been provided food and hope the situation will become okay,” she said.

Experts believe that the Nile River bursting its banks has caused the worst floods in the Bor region since 1962. According to the UN, 856,000 people in the country have been affected, and 400,000 of them displaced from their homes.

Abuk Malok,28, said her two children were registered into the UN-led feeding program in June. But she said the floods have exacerbated the situation. The rising water levels have also increased the risk of waterborne diseases leading to overcrowding of primary health care centers.

“Women and children are accommodated in schools, some of them are in neighborhoods. Accommodation is one of the main challenges right now, as they also lack food. If you move around, you can see most of the farms being destroyed by floods,” he said.

The UN agency has so far set up 167 nutrition centers in the Greater Jonglei region, which have treated 60,000 children suffering from malnutrition.

Health workers at Bor State Hospital say, while they are receiving treatment kits from the UNICEF, they are not enough.

Abraham Garang, a storekeeper at the facility said cases of malaria, pneumonia, and diarrhea are also now rampant.

“Water is dirty and it is not treated, making it a breeding ground for mosquitos. The weather is also very cold,” he said.

According to Medicos Del Mundo (MDM)’s Health Project Manager, Achol Aguila Mabil, floods have cut off large swathes of land, thus, limiting their areas of operation. The UNICEF is distributing help through the MDM.

“Flood has caused a lot of challenges to the existing health facilities,” Mabil said.