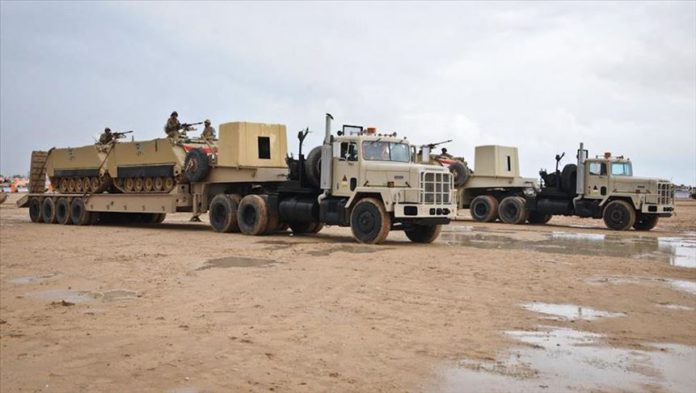 South Sudan denied claims that it approved a request to set up an Egyptian military base in the country, according to a government statement late on Wednesday.

“There is nothing of that kind,” said the Ministry of Foreign Affairs and International Cooperation.

“No agreement has been reached whatsoever to allocate a piece of land for Egyptian Military Base in the territory of the Republic of South Sudan.”

It said South Sudan denies claims “circulated in social media that the Government of South Sudan has agreed to Egyptian request to build a military base in Pagak.”

Pagak is a town in South Sudan’s Upper Nile state, near the border with Ethiopia.

Relations between Ethiopia and Egypt have been tense over the Grand Ethiopian Renaissance Dam being constructed on the Blue Nile, a tributary of the Nile River.

The ministry said Egypt and Ethiopia have been cooperating with South Sudan in implementing the Revitalized Agreement on the Resolution of the Conflict in the Republic of South Sudan.

South Sudan is governed by a transitional government of national unity formed this February in line with the peace agreement.

Ethiopia has also been assisting in maintaining peace and security in the Abyei area through the UN Interim Security Force in Abyei (UNISFA), according to the statement.

UNISFA is a United Nations peacekeeping force in the resource-rich Abyei area, which is claimed by both Sudan and South Sudan.

The UN Security Council authorized the deployment of the peacekeeping force to the disputed region in June 2011.