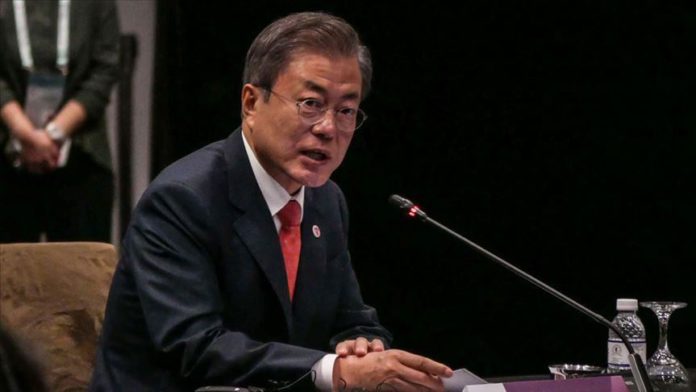 South Korea on Monday confirmed that President Moon Jae-in will attend the G7 meeting set to be hosted by US President Donald Trump later this year.

A spokesman for The Blue House, South Korean presidential office, said in a statement that Moon accepted Trump’s invitation for the delayed G7 meeting during a phone conversation, the state-run Yonhap News Agency reported.

“In their 15-minute telephone conversation, Trump said G7’s outdated system does not represent the current international security situation. He [Trump] said the US is seeking to expand the forum to G11 or G12,” spokesman Kang Min-seok said.

Trump signaled to add South Korea, Australia, India, and Russia to the upcoming session that the US is planning to host around the UN General Assembly in September.

The US, Canada, France, Germany, Italy, Japan, and Britain are members of the G7. The G7 2020 session was set for March but was delayed due to the COVID-19 pandemic.

Moon said: “It is an appropriate measure to invite the four nations in addition.”

“I am willing to accept it [invitation],” Moon told Trump in a 15-minute-long phone call. “South Korea will play the role that it can over quarantine and the economy.”

“If G7 takes place in an expanded and face-to-face format this year, it will be a milestone in preparations for the post-coronavirus era,” Moon said, adding: “It will also herald that the world is returning to a normal life and economy.”