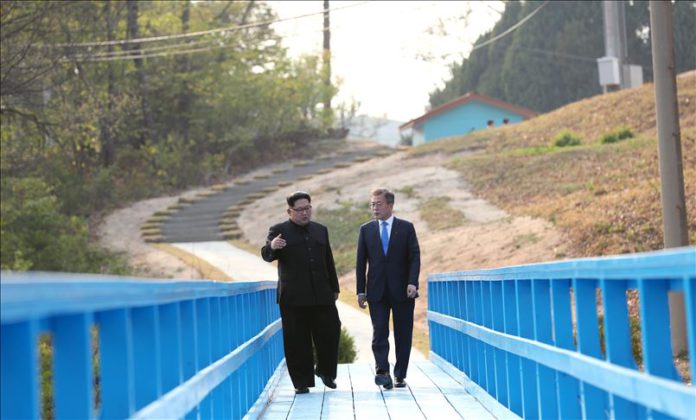 Unification Minister Kim Yeon-chul offered to step down Wednesday, a day after North Korea blew up a symbolic liaison office near the border.

Seoul’s unification minister oversees engagement with North Korea. Kim was appointed to the position last April and had been tasked to restart talks, which had stalled in 2018. The inter-Korean liaison office was built the same year.

The presidential palace said Moon and Kim had dinner together Thursday, where the president “listened to his position” in connection with his decision to quit.

Kim will leave office later today, while his deputy Suh Ho is expected to serve as acting minister for the time being.

Tensions between North and South Korea have escalated in recent weeks, particularly prompted by Seoul’s failure to stop propaganda leaflets from being sent over the border.

In response, the North expressed its anger and cut all communication with the South.

Technically, the two countries remain at war after Korean War hostilities ended with a ceasefire in 1953, as a peace treaty was never signed.

Raptors' VanVleet has career night in win over Magic