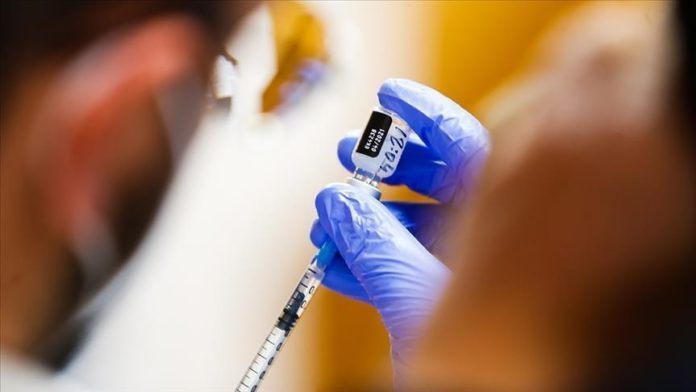 More than 5,000 healthcare workers and people under 65 will receive the first of two doses of the Oxford-AstraZeneca jab, according to Yonhap News Agency.

A 61-year-old health worker from a nursing facility in Seoul was the first person to get the shot.

Distribution of AstraZeneca vaccines for some 289,000 health care workers and patients aged under 65 at sanatoriums, nursing facilities, and rehabilitation facilities began on Thursday, said the report.

South Korea’s first batch of AstraZeneca jabs is enough for 785,000 people, it added.

From Saturday, 55,000 doctors and health workers at hospitals for COVID-19 patients will start receiving the Pfizer-BioNTech vaccine.

Authorities want to complete South Korea’s first round of vaccinations in March, aiming to inoculate 70% of the population by September and attain herd immunity by November, according to the report.

The country has procured enough COVID-19 vaccines for 79 million people under the UN-backed COVAX initiative and through deals with drugmakers.

South Korea has kicked off its vaccine rollout “at a critical time” in its fight to curb the virus’s spread, the report said.

The country reported 406 more infections on Friday, raising its overall count to 88,922.

The death toll has reached 1,585 as four more patients died over the past day, according to Yonhap.