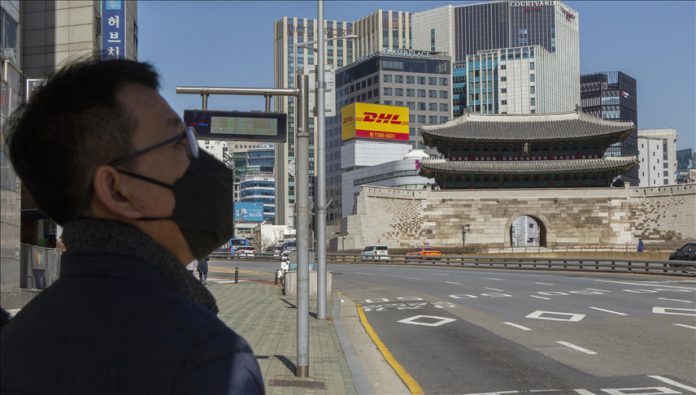 Two new fatalities raised the death toll in the country to 515.

On March 6, South Korea recorded 518 daily cases due to an outbreak in the southeastern city of Daegu.

Since Nov. 8, the number of virus cases in the country is rising again.

“We are now in a situation where virus outbreaks can happen at any place we live in,” Yonhap quoted country’s Health Minister Park Neung-hoo as saying.

“With the third wave of infections bulking up its size and pace, we must strictly follow social distancing rules,” he added.

All of the 17 major cities and provinces reported new virus cases, while 402 infections were reported in the greater Seoul area, home to half of the country’s population.

Local authorities consider to bringing tough restrictions to contain the spread of virus in major cities, according to the news agency.

Until Dec. 7, all troops will be subject to tightened social distancing rules in barracks, with vacationing and off-installation visits to be suspended starting Friday, Yonhap quoted the Defense Ministry as saying.

The announcement came a day after 66 South Korean soldiers and four officers tested positive for the virus at an army boot camp in the central border town of Yeoncheon, bringing the total number of cases in the military to 341.