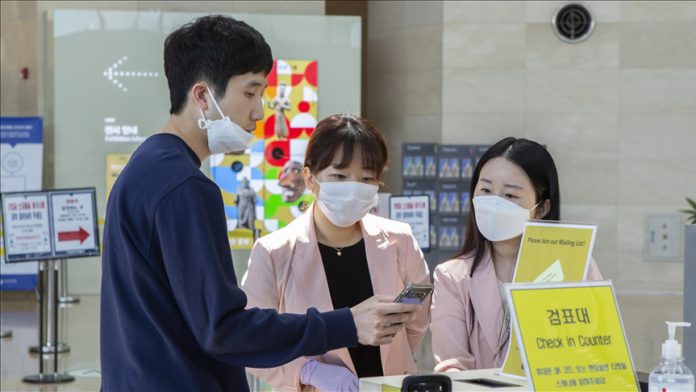 South Korea on Wednesday reported nearly 700 cases of the novel coronavirus for the first time since March, with experts saying the third wave of virus is growing in the country, official data showed.

During the past 24 hours, South Korea registered 686 new cases, bringing the total number of infections in the country to 39,432, according to the Health Ministry.

With four more deaths, the death toll from the deadly virus rose to 556.

Active cases in the country now stands at 8,699.

The spread of the virus in the capital Seoul and surrounding areas has forced health authorities to raise the alert level to 2.5, the second-highest under the five-tier system, which went into effect on Tuesday for the next three weeks.

Gatherings of more than 50 people are banned and facilities such as gyms and karaoke bars will be closed. Restaurants, theatres, and other venues will not operate after 9:00 p.m. local time (1200GMT).

The greater Seoul area, covering Gyeonggi Province and Incheon, have reported 524 new cases over the past day, according to official data.

According to Yonhap news agency, Health officials said skyrocketing community infections were the main cause of the surge in new virus cases in the greater Seoul area, pointing to untraceable confirmed cases exceeding 20 percent of the total.

They have also warned that the daily number of infections may reach 1,000 next week if the current spread of the new virus is brought under control.

The officials have been worried about a possible shortage of hospital beds to treat COVID-19 patients, the news agency said.

The authorities have decided to carry out aggressive and preemptive tests of young and middle-aged people for the virus as they could be a main cause of the current wave of the infections due to their brisk activities, according to the agency.

Turkey: COVID-19 recoveries to include quarantined ones