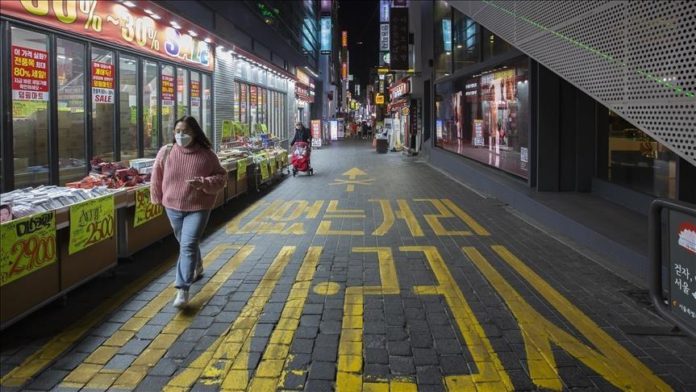 South Korea on Wednesday reported 1,896 new cases, the highest daily spike since the coronavirus outbreak in the Asian country in January 2020.

The latest update by the Korea Disease Control and Prevention Agency showed that the record one-day count on Tuesday raised the nationwide caseload to 193,427 as the country battles the fourth wave of the outbreak.

The new cases have been growing in South Korea since July 7, when authorities reported the highly transmissible Delta variant of the coronavirus, first identified in India, was spreading.

With four more fatalities over the past day, the death toll also rose to 2,083.

According to Yonhap News Agency, the Korean health authorities fear that the virus curve may not have reached its peak yet, as the Delta variant is becoming the dominant strain in the country.

To control the spread of the virus, the government has extended the highest distancing measures of Level 4 in the capital Seoul and surrounding areas for another two weeks till Aug. 8.

Under the level 4 restrictions, gatherings of more than two people after 6 p.m. are banned, while restaurants and cafes are allowed to serve until 10 p.m. and nightclubs and other entertainment venues are banned.