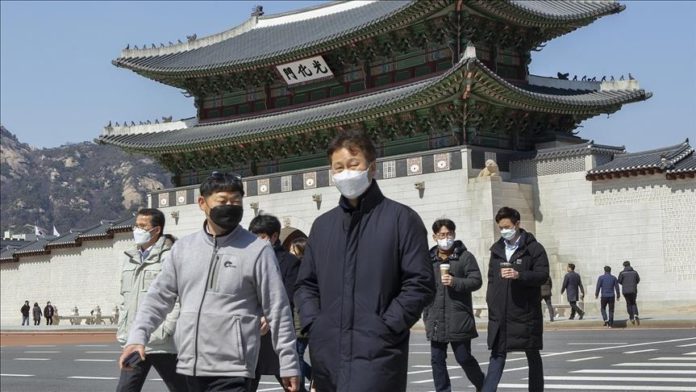 South Korea’s daily COVID-19 cases hit an all-time high again, with health officials confirming over 90,000 cases on Wednesday, sharply up from over 57,000 the day before.

The East Asian nation reported 90,443 new cases in the past 24 hours, pushing the total caseload to over 1.55 million, the Korea Disease Control and Prevention Agency said.

In December last year, South Korea reported its first omicron case when the nation’s daily cases were around 5,000 and the government imposed travel restrictions from eight African countries where the new variant was first detected.

However, the omicron spread quickly in January, and authorities say the new strain is now the primary cause of infection spread.

“The severity and fatality rates for omicron are lower than Delta, and the majority of omicron cases are asymptomatic and mild,” said the Health Ministry in its latest statement.

During the last seven days, South Korea reported 421,612 cases with 259 fatalities, according to the Health Ministry statistics.

The death ratio is higher among the people aged 80 and above, as 3,618 people out of a total 7,202 lost lives in this group which makes more than 50%. However, confirmed cases are only 2% in this group.

So far, 86.2% of the country’s 52 million people are fully vaccinated. More than 29.77 million people have also received booster shots, according to Yonhap News Agency.

Despite the growing cases, the official presidential campaign also kicked off on Tuesday, in which the candidates are allowed to hold gatherings and reach their voters. The presidential election in South Korea is scheduled for March 9.