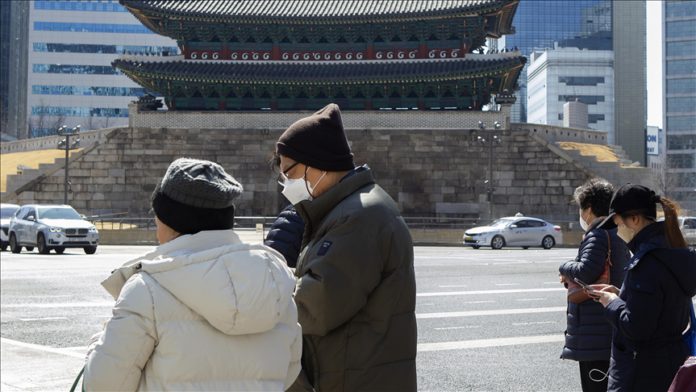 Health authorities will look to ascertain a potential causal relationship between the vaccinations and the deaths, according to Yonhap News Agency.

Three more people who received doses of the AstraZeneca vaccine died in the country a day earlier.

Over 225,800 people have received a shot since South Korea launched a mass vaccination campaign last week, the report said, citing data from the Korea Disease Control and Prevention Agency.

A total of 1,578 cases of side effects have been reported so far, with an overwhelming majority – 1,558 – being mild symptoms.

“An additional six suspected cases of anaphylactoid reaction, which has similar symptoms to anaphylaxis, a serious allergic reaction after immunization, have been reported, raising the total of such cases to 13,” read the report.

“We are seeing stagnation in new virus cases, but we cannot rule out the possibility that infections can surge again.”

Pushing to speed up its immunization drive, South Korea on Friday cleared the Pfizer vaccine for use in the country.

The Ministry of Food and Drug Safety approved Pfizer’s two full-dose regimen after three separate independent evaluations, making it the second to be authorized in South Korea after the Oxford-AstraZeneca jab.

Pfizer’s two-dose regimen showed more than 95% efficacy, including for people aged between 16 and 17, and aged 65 and older, read the report.

South Korea, a country of some 52 million people, has a contract with Pfizer for the supply of vaccine doses for about 23 million people, which are expected to start arriving later this month.

It has already received a shipment of Pfizer vaccines under the COVAX initiative, which have been administered to nearly 4,000 people.

A unique experience of observing Ramadan fast in space