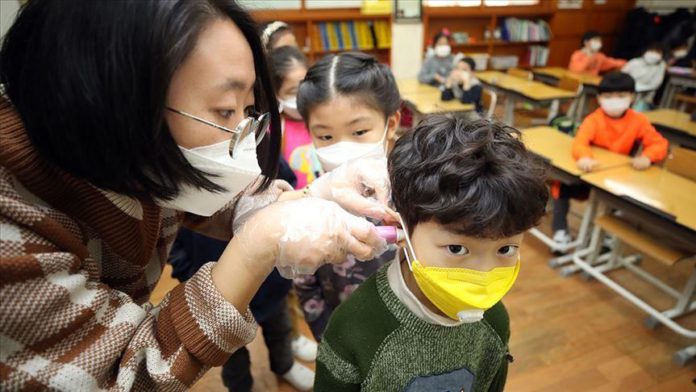 With the phased reopening of schools set to start from May 13, parents in South Korea have launched a series of online petitions urging the government to reconsider the plan.

They are appeals by concerned parents who want the government to reevaluate the phased plan, under which high school seniors will be back in school on May 13 and students of all other grades will return by June 1.

“I oppose returning to school while COVID-19 risks are lingering but also believe that the government factored in economic and childcare issues to make the decision,” read a petition that has garnered more than 20,000 signatures so far.

Another petition, which has over 14,000 signatures, questioned the rationale for reopening elementary schools.

“Do you think routine quarantine is feasible for the lower grades? … Is it really a decision you made after knowing what kids this age are like? … Our kids are precious beings. Please reconsider [the plan],” it said.

Others asked the government to give parents the option of not sending their kids to school.

However, the government, which decided to reopen schools following a sharp dip in new cases, does not seem too keen on the idea of making school optional.

“We would have to discuss more about requests to make school optional even when there are no symptoms, but [I] don’t think it’s something that would have to be expanded,” Education Minister Yoo Eun-hae said at a news conference on Monday, according to the Yonhap report.

South Korea has reported just one case of local transmission over the past four days. The overall count in the country stands at 10,810, including 256 deaths.

Back to school in Japan

In Japan, students returned to schools on Thursday as the government started easing lockdown restrictions.

According to Kyodo News, students in Aomori and Tottori provinces were the first in the country to resume classes.

The government has asked people to avoid non-essential outings, while citizens have been calling for an end to restrictions on private life and business activities.

More than 3.77 million cases reported in 187 countries since the virus emerged in China last December, with the hardest-hit areas being the US and Europe.

A significant proportion of COVID-19 patients — over 1.25 million — have recovered, but the disease has claimed almost 265,000 lives, according to data compiled by the US’ Johns Hopkins University.

Visegrad Group to be ‘engine’ of European economy: Hungarian envoy

Turkish stocks down at Wednesday's close